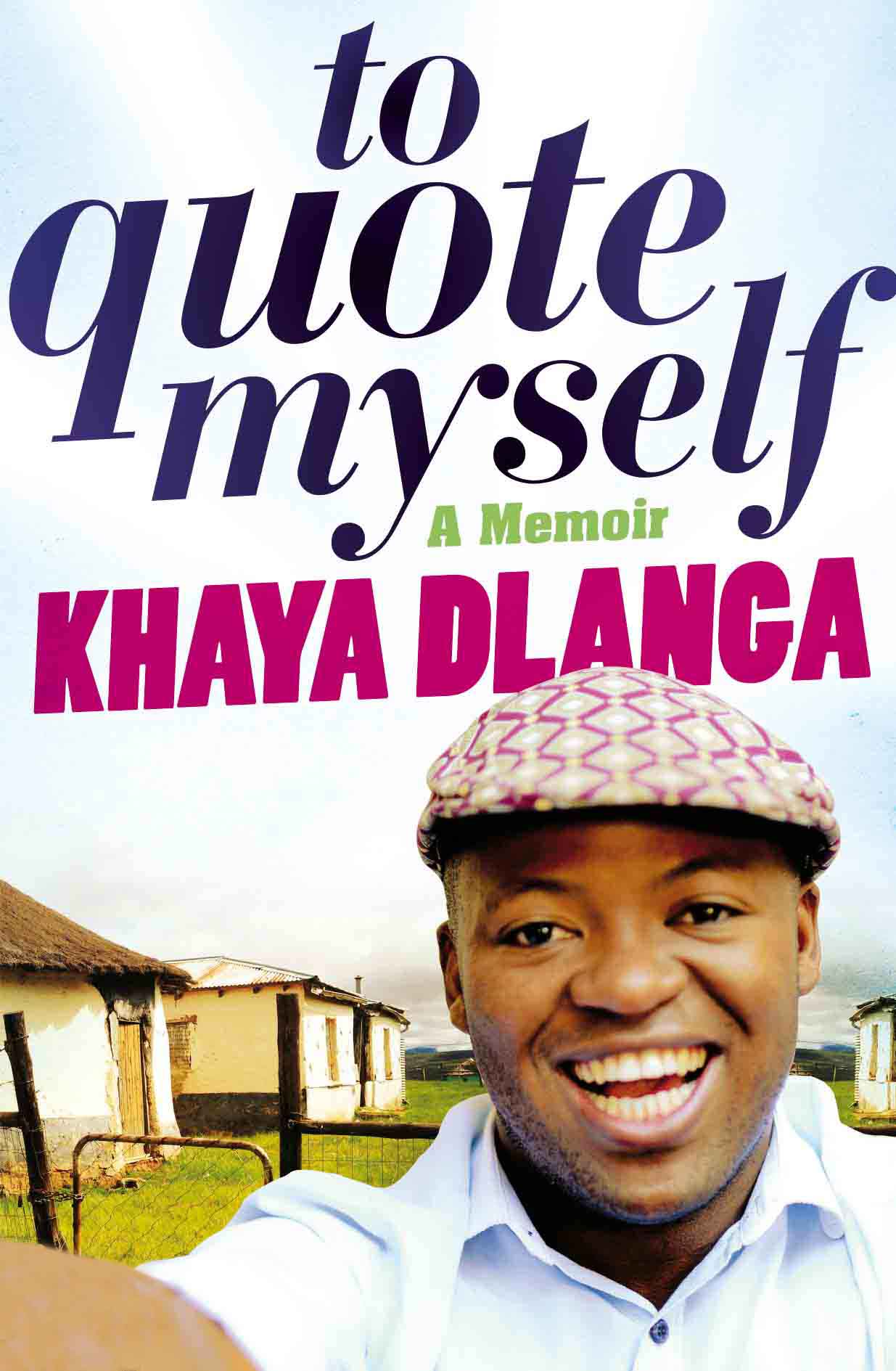 To Quote Myself
A Memoir

Khaya Dlanga has established himself as one of the most influential individuals in South African media, particularly social media, a platform he uses to promote discussion on topics that range from the frivolous to the profound. In To Quote Myself, Khaya recounts entertaining and moving stories about his roots and upbringing in rural Transkei, how he made his mark at school as well as his time spent studying advertising and as a stand-up comedian. He also shares his political views, how he overcame homelessness to become one of the most influential marketers in South Africa and he gives the reader a dose of the truly weird and wonderful that is routinely a part of his life.

‘It is in Khaya’s nature to be a storyteller; To Quote Myself shows just how much he has nurtured his craft over the years. This book is like my favourite thing: crisp white linen. Yes, the bed is freshly made but the fun is getting into in and finding your own space. I found my space so many times in this book. It’s a must read!’ Anele Mdoda

Khaya Dlanga is a highly regarded author, blogger and Senior Communications Manager for Content Excellence at Coca-Cola. He has been awarded many advertising awards, including several Loeries, a Loerie Grand Prix, multiple Gold Cannes Lions, a Black Eagle and honorary membership in the University of the Witwatersrand Chapter’s Golden Key Award. In 2012 Khaya published In My Arrogant Opinion as part of Picador Africa’s The Youngsters series.

The book launch will take place on the 25th of March at Cantare, Montecasino Boulevard at 19h00.