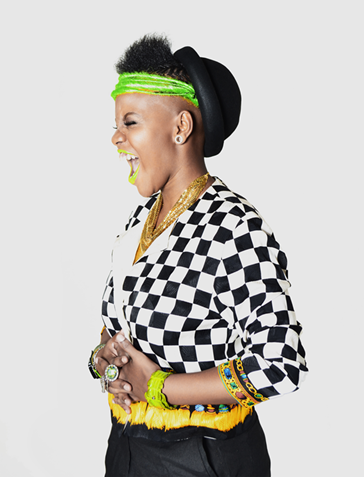 Johannesburg, Wednesday, 16 March 2016 – Multiple award winning, BET Award nominee, Toya Delazy, has been selected for the 2nd and final round of the Midem Artist Accelerator 2016.

The 50th annual Midem Music Conference will take place from 3 – 6 June 2016 in Cannes, France and for the second consecutive year, emerging talent will have the opportunity to play a live set at Midem and have their song featured on Midem’s communications, as well as on the Midem Artist Accelerator Official Compilation.

Toya Delazy has been short listed from numerous applications from the world over and stands the chance to be one of twelve emerging talent to go to Cannes, France this year to participate in the prestigious Midem Music Conference.

“To have reached this far in the selection process is already such an honour. The Midem Music Conference is held in such high esteem across the global music industry and it’s any artist’s dream to be recognised by this platform” expresses Toya Delazy.

The Midem Artist Accelerator is an exclusive programme for artists and their entourages. Designed to support managers, agents, labels and publishers as they look to grow their artists’ profiles globally, it’s the opportunity to promote 12 upcoming international talents selected by an Artistic Committee. The 2nd edition of the Midem Artist Accelerator features a range of curated networking opportunities with key players within the music ecosystem, as well as learning and coaching sessions with leaders of the international music industry.

The announcement of Toya Delazy’s selection comes shortly after she recently won Best International Song at the Out Music Awards in New York in January, for her Forbidden Fruit song, and also reached number #6 on the UK Urban Charts for her single Luv My City this past December. Toya Delazy’s international recognition has played a crucial part in getting her this far along of the Midem Artist Accelerator selection process.

Listen to Klutch Kollective’s Back To The Roots here: https://soundcloud.com/klutch-kollective/back-to-the-roots-ft-dk-genius