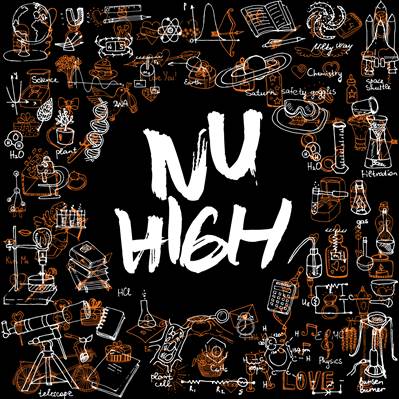 Johannesburg, Monday, 23 May 2016 – Multiple award winning, BET Award nominated artist, Toya Delazy, is set to release her first single as an independent artist on 10 June 2016 both in the UK and South Africa titled, Nu High. Toya Delazy released the artwork online of a hand-drawn collage of what seems to be symbols of chemistry and love.

Toya Delazy shows her musical diversity yet again with her single Nu High, which is produced by Wes My Meds and Troydon Murison who also worked on Toya Delazy’s Forbidden Fruit song that won Best International Song at the Out Music Awards in New York this past January.

“I had a lot of fun creating Nu High. I’ve challenged myself musically with this single and it’s the first single I’m releasing on my own terms so it will always have special meaning to me. It’s humbling to have my first single as an independent artist being released in both the UK and South Africa. I can’t wait for the world to hear it!” shares Toya Delazy.

Toya Delazy has been spending a lot of time in the UK since her parting from Sony Music Africa and has taken the chance to get some fresh air and find herself, which is proving to have a positive impact on her music. Toya Delazy has also had the privileged to record at world renowned Metropolis studios, where world class international artists have recorded such as Rihanna, Pharrell, Amy Winehouse and Ed Sheeran just to name a few.

Toya Delazy will be in South Africa from 26 – 29 May 2016, before returning back to Europe for gigs to perform in Ireland and France in the first week of June.

Look out for more information around Toya Delazy’s Nu High single release to be shared soon.