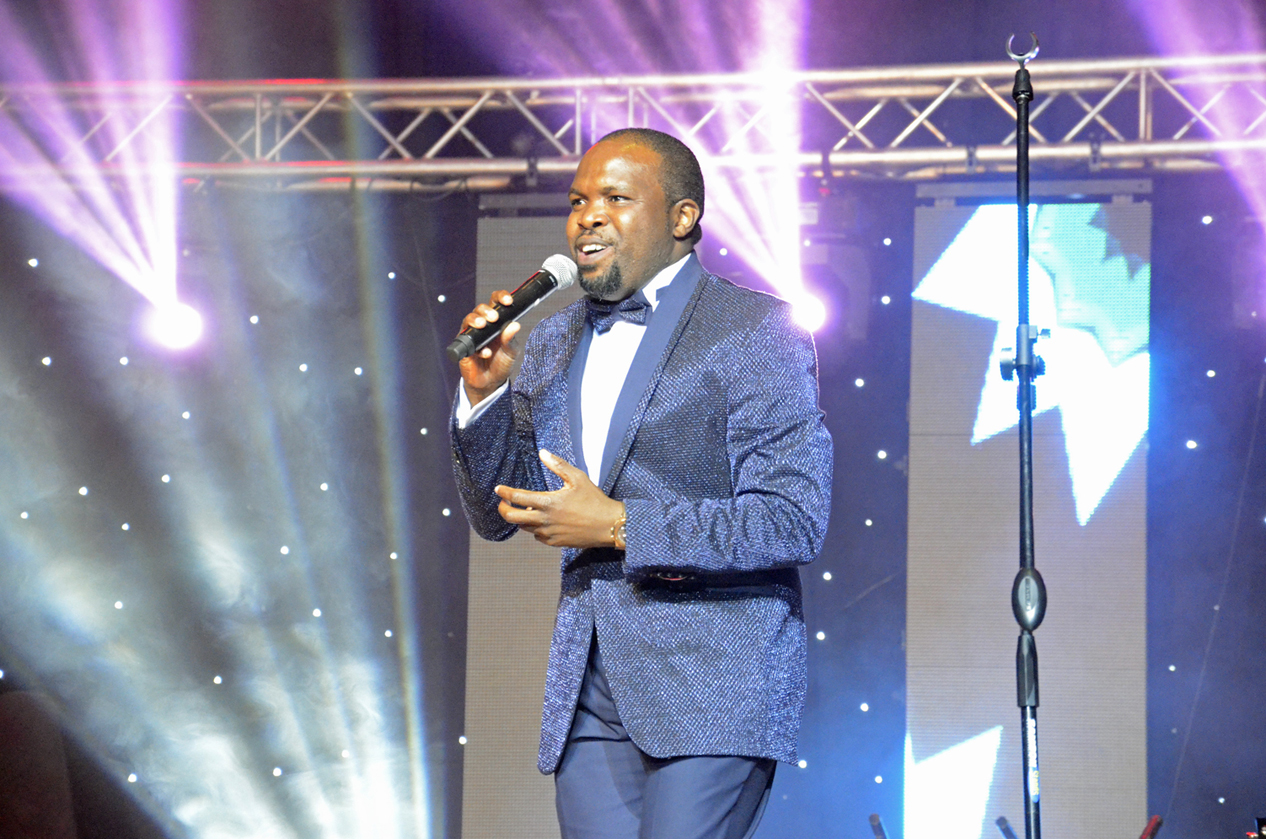 Colby is a highly talented gospel and jazz vocalist who is experienced in musical arrangement and the staging of live shows who recently broke into the SA market, winning two Gospel music awards for his first album. Colby will perform a host of gospel numbers as well as songs from his Crown Gospel 2014 Award-winning CD, “Merciful God”. Joining Colby on this star-studded Gospel line-up are Lady V, Patrick Duncan, Rohiwa, Vally, Ayo Solanke, Joe 4Real the group, Plan Z.

Each guest artist brings their individual talents to complement Colby’s performances and to provide the audience with a night of exciting varied entertainment. As a member of the multi platinum and GRAMMY Award winning gospel group Israel Houghton & The Sound of The New Breed, Lady V has performed alongside Gospel stars including Min. Fred Hammond, Mary Mary, Kirk Franklin, Prophetess Juanita Bynum and Bebe Winans to name but a few.

Recording artist, singer and producer Vally celebrates more than 20 years in the music industry. Career highlights include being the opening act for the Miss World Pageant in 1996 at the tender age of 17 as well as performing with Ernie Smith, Bebe Winans, Yolanda Adams, Erykah Badu, Peabo Bryson, Ruben Studdard, The Manhattans, Cece Peniston, and The Temptations. Locally, Vally has performed and recorded with Loyiso, Verd and as a music producer, Vally has worked with Mandoza, Jae, Jerusha, Pitch Black Afro, Popstars 101 and Afro Z. He has produced a few tracks for the Grammy Award winning Ladysmith Black Mambazo and other big names in the South African music industry.

The guitar-playing Jonah “Joe 4 Real” Zacheus has been involved in music production since 1993 as a performer, producer and writer who has written radio jingles, performed in two Barnyard Theatre shows, as well as composed musicals and stage productions.

General seating tickets cost R150 and VIP tickets cost R380. The artists are available at 5:15pm for a meet and greet prior to the show. To avoid disappointment, fans and concertgoers are encouraged to arrive early.

Don’t miss this wonderful opportunity to spend an evening in the company of Colby and his multi-talented guest artists. Book now at Computicket by calling 0861 915 8000, visit www.computicket.com or visit your nearest Computicket service centre.

CD Purchases
‘Merciful God’ is available for purchase on line at www.colbymusic.co.za or via iTunes.

Bioraphy: Colby – Singer, songwriter, arranger and businessman
Colbert ‘Colby’ Thilivhali Sivhada was born and raised in the village of Phadzima, Venda. From a young age, “Colby” as he is fondly known, was exposed to gospel music and by the age of 10 years he was one of the lead singers in a local church. As a teenager, Colby continued to sing regularly at church services and events, building a reputation amongst his church peers as a gifted young singer. An avid teenage soccer player, Colby was a versatile player who could play many positions.

After completing Matric, Colby moved to Johannesburg to study Electrical Engineering. Colby became involved with various churches playing a central role in building their praise teams. Thereafter Colby began engaging with professional artists and he was fortunate to work regularly as a backing vocalist. In 2001 he joined a male gospel group called “Free” which toured South Africa performing at church services, weddings and concerts. The group also sang at many events and even went on to record an album. After three years the group disbanded and Colby then furthered his involvement in the music business by learning the off-stage aspects industry, working behind the scenes, staging events and concerts.

After completing his studies Colby worked at a sound company. After struggling for many years while making music by singing in church, at restaurants and weddings and still no record deal in sight, Colby put his music career on hold and joined Murangi Productions as one of the shareholders. Murangi Productions is a company hiring sound and staging for concerts and events.

After the company became successful, Colby had the necessary resources to devote time and energy to his passion and dream of making his own music. ‘Merciful God’ his first album, is the result of his efforts. The album features 11 tracks playing a combination of traditional gospel to Christian contemporary gospel with a soulful under tone. ‘Merciful God’ was entered in the SABC Crown Gospel Awards held in November 2014. It received a nomination in the Best Gospel Jazz category and went on to win the award.

Colby is a highly talented gospel and jazz vocalist who is highly experienced in musical arrangement and the staging of live shows. His knowledge of gospel musical performance is vast. Colby is a devout Christian, who is also a dedicated father and entrepreneur. www.colbymusic.co.za