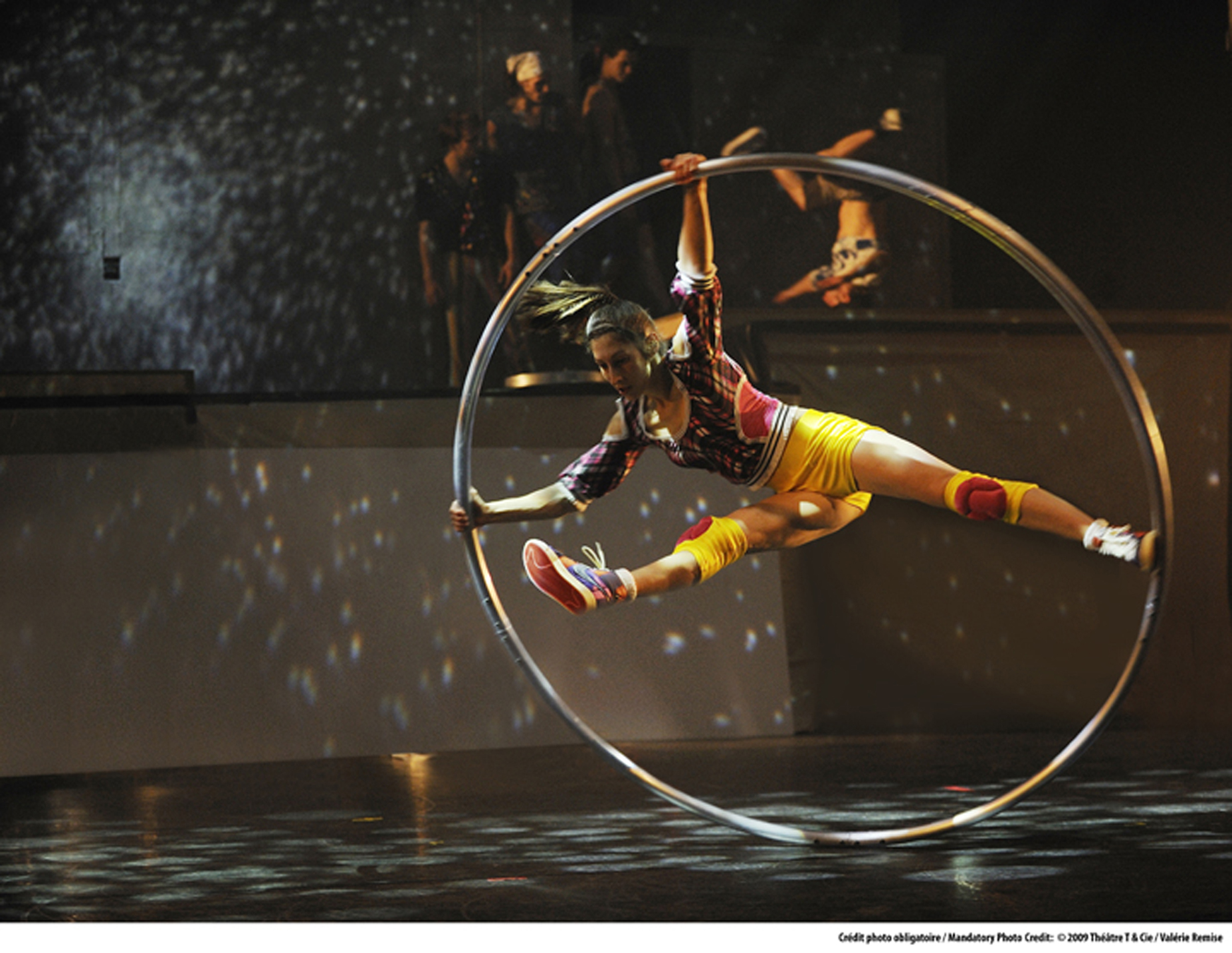 29 March 2016: When Cirque Éloize iD (pronounced Sirk-ehl-waz eye-dee) made its South African debut at Montecasino’s Teatro in 2014, audiences were literally blown away by this bewildering high-energy production that blends breathtaking acrobatics and street dance. Word spread quickly and “iD” became the hottest ticket in town. Owing to critical acclaim and rave reviews, “ “iD” sold out fast, thereby creating an unprecedented demand for its return.

Directed by Jeannot Painchaud and brought to South Africa by leading local promoter, Showtime Management, Cirque Éloize’s iD has been enjoyed over the past seven years by more than 1 million spectators in nearly 950 performances in almost 100 cities across the globe in 23 countries.

A high-energy blend of circus arts and urban dance, iD is a production for the young at heart featuring an inspiring soundtrack and innovative video projections. Acrobats, aerialists, a trial biker, and hip hop and break dancers come together to create a microcosmic society where two groups celebrate everyone’s distinct identity.

There’s speed, power and a cacophony of sounds as everything comes together in the unprecedented spectacular trampoline-finale. The show’s energy and poetry will surpass the expectations of audiences and is guaranteed to leave them in awe. In 2014 City Buzz enthusiastically remarked, “From the first siren wail to its astonishing trampoline finale, Cirque Éloize iD shocked, amused and enthralled as it brought the wonders of the circus to a contemporary audience.” The Tonight praised the performers; “They’re using their heads to appeal to their peers and in the same space, attracting audiences for the sheer spectacle of their striking showmanship.”

“The runaway success of the show’s first season in 2014 says it all – this is a unique and massively exciting show for the whole family,” says Hazel Feldman of Showtime Management who added, “This mind-blowing fusion of new theatrical circus and urban dance is an absolute must “do” on every year-end calendar!”

iD features a cast of 15 acrobats and performers, and incorporates innovative multimedia elements, as well as a rock and electronica inspired soundtrack created by composers Jean-Phi Goncalves and Alex McMahon. In Cirque Éloize’s iD, acrobatic disciplines are combined with the energy of hip-hop and street dances, giving a fresh and high octane spin to modern circus.

The show’s Director, Jeannot Painchaud says, “It is with great pleasure that we bring this urban tale, filled with color, passion and energy to Cape Town for the very first time. We are also pleased to be back in Johannesburg where we played to packed houses in 2014.” ID is now Cirque Éloize’s biggest international success. Seven years after its first presentation, it still moves people, and differentiates itself from others with its energy and edginess..”

Directed by Jeannot Painchaud, Cirque Éloize iD began touring in 2009. The set design, illustrations and video projections are created by Robert Massicotte in collaboration with Alexis Laurence. The music is composed by Jean-Phi Goncalves and Alex McMahon, while the lighting is by Nicolas Descoteaux. Krzysztof Soroczynski acted as show acrobatic designer and head-trainer. iD also includes an artistic contribution from Mourad Merzouki.

Group Bookings:
20% Discount on groups of 20 and more – all midweek performances only
Bookings through Jill Somers, 079 218 1658, sales@showtime.co.za

Group Bookings:
20% Discount on groups of 20 and more – midweek performances only
Bookings through Jill Somers, 079 218 1658, sales@showtime.co.za

About Cirque Éloize
Founded in 1993, Cirque Éloize combines circus arts with dance, theatre and music with path-breaking panache. Continually engaged in artistic experimentation, Cirque Éloize is a leader in contemporary circus arts, with more than 4,000 performances to its credit in some 500 cities around the world. In addition to its touring shows, Cirque Éloize develops customized concepts for international special events, more than 1,400 to date.

The company has also been presented in international festivals around the world and has won numerous awards including 12 medals and prizes at the Festival Mondial du Cirque de Demain in Paris.. Cirque Éloize currently has two creations on tour: iD and CIRKOPOLIS, with a third one currently in creation. For more information about the company, please visit cirque-eloize.com