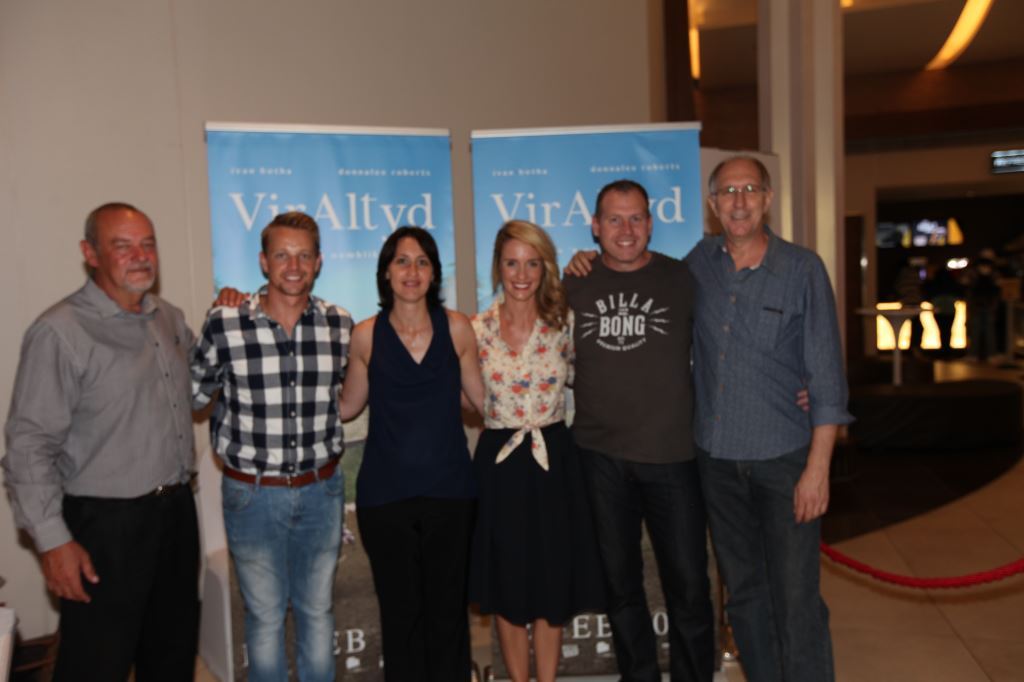 Living up to its name as the West Rand’s number one entertainment destination, movies@Silverstar recently treated fans of ‘Vir Altyd,’ the new Afrikaans blockbuster film, to an exclusive meet and greet with the movie’s stars – Donnalee Roberts and Ivan Botha.

Launched on 12th of February 2016, the Afrikaans romantic adventure film shattered records on its opening weekend, achieving the best-ever earnings by a local film movie in its first weekend. ‘Vir Altyd’ is a sure hit with Silverstar guests in particular, with the movie out-performing all others screened at movies@Silverstar.

‘Vir Altyd’ tells the story of childhood friends Nina (Donnalee Roberts) and Hugo (Ivan Botha) who are reunited for the first time in 10 years, the day before Nina’s wedding. After a mishap, the two find themselves aboard an airplane headed for Mauritius and a new adventure.

Roberts and Botha, who also co-wrote and co-produced ‘Vir Altyd,’ are known for their roles in ‘7de Laan’ and ‘Pad na jou Hart,’ along with a sting of other popular series and films.

Fans were thrilled with the opportunity, queuing to meet their favourite stars, take photos with them and receive autographed movie paraphernalia!

Keep an eye on Silverstar’s Facebook page for details about upcoming events at Silverstar, where you will always be entertained.