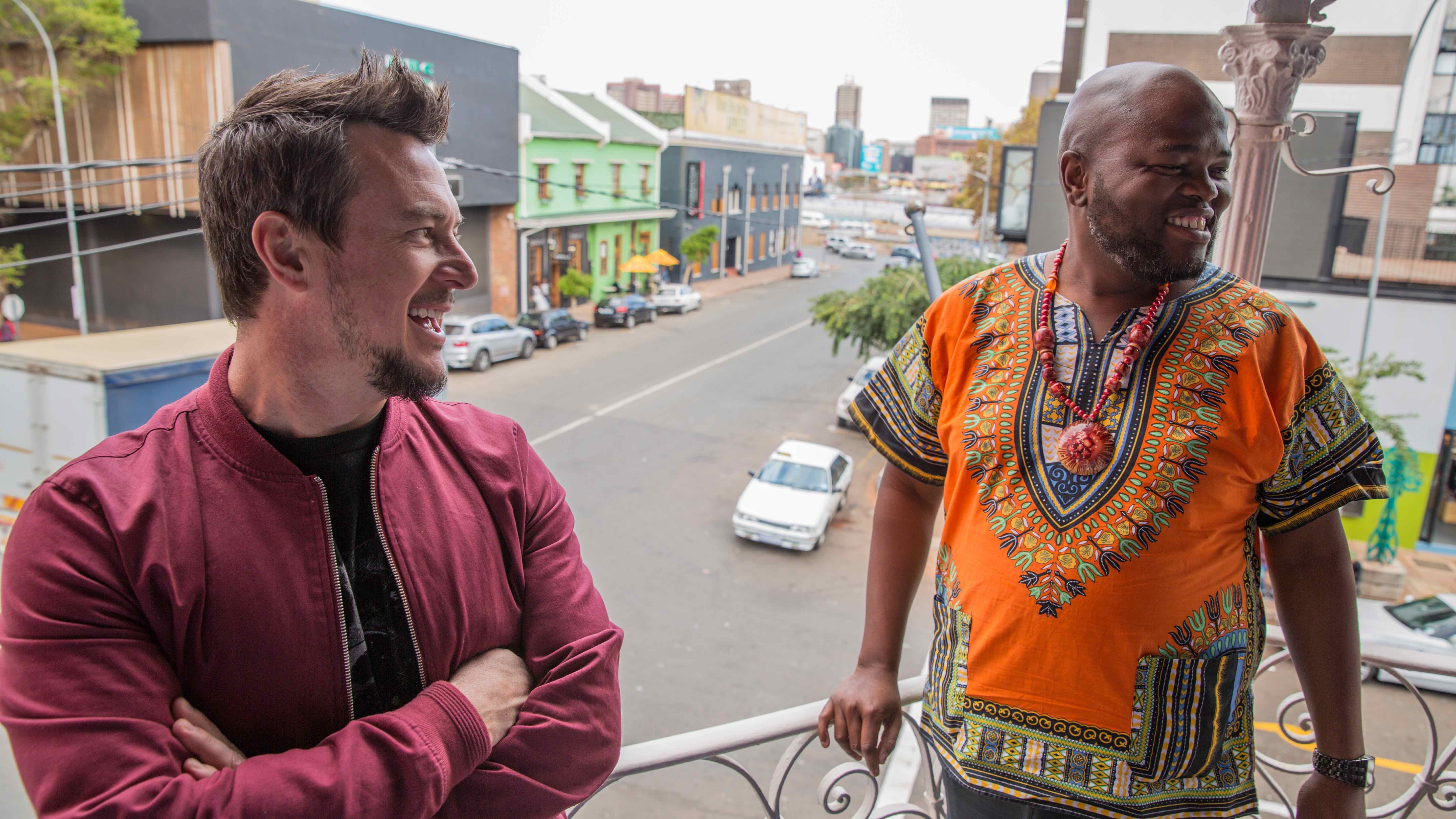 The world premiere of John Barker’s new mockumentary Wonder Boy for President starring Kagiso Lediga will take place at the Durban International Film Festival on Friday, June 17 at the Playhouse.

Wonder Boy for President tells a story of Wonder Boy, a charismatic and authoritative young man from the Eastern Cape, who is coerced into running for president by two dubious and corrupt characters played by Ntosh Madlingozi and Tony Miyambo. Their aim is to mould him into a great politician and manufacture his down-fall at the right time, for the right price. It is a political satire that delves into political dynamics and challenges that arise.

Thishiwe Ziqubu, who enthralled audiences with her smouldering lead in Hard to Get which opened the DIFF in 2014, plays Mbali Sithole, the ambitious young leader of the official opposition, and the love interest in this side-splitting spoof.

Others in the cast include John Vlismas as Emeric “the dodgy dude with a gun”, Akin Omotoso as “a Nigerian on the street”, Loyiso Gola as himself and Barker as a “dodgy construction guy”.

“We were really blessed to have a whole bunch of South Africa’s top comedians who collaborated on the film with us,” says Barker. “At a time when the rand/ dollar has set a morose mood in the country, and amid all the doom and gloom in the media about corruption, greed and cronyism, it was fabulous to make a film that could parody the current times, make us take a deep long look at the absurdity of it and laugh. Perhaps we all will see some of ourselves in these characters – and perhaps it will help people to make the change they need.”

“And then there are a host of well-known faces, that, um, play themselves” explains Barker “including President Jacob Zuma, Julius Malema, Mmusi Maimane, Floyd Shivambu, Cyril Ramaphosa, Zwelinzima Vavi, Helen Zille, and Zapiro, as we have used available footage from various news sources and spliced it into (in)appropriate places to add to the laughs.”

The film, produced through Barking Rat Film in association with Dog Pack Collective, has been produced by John Barker and Kagiso Lediga and co-produced by Tammy Lewis-Houting and Jeremy Nathan. The film will be released on circuit later this year by Indigenous Films.

Script is by Barker, Camillo Saloojee, Christopher Steenkamp and Saki Bergh. Most of the music has been composed and performed by Durban band Thee Legacy led by Jabulani Mthembu.

The 37th Durban International Film Festival takes place from 16 – 26 June at 15 locations across Durban. Programme booklets with the full screening schedule and synopses of all the films will be available free at cinemas, and other public information outlets. For more info go to www.durbanfilmfest.co.za, Twitter- @DIFFest, Facebook- Durban International Film Festival. The full programme will be available online from June 3.

The DIFF is organised by the Centre for Creative Arts at the University of KwaZulu-Natal, with support from the National Film and Video Foundation, Durban Film Office, KwaZulu-Natal Film Commission, eThekwini Municipality, German Embassy, Goethe Institut, KwaZulu-Natal Department of Arts and Culture and a range of other valued partners.