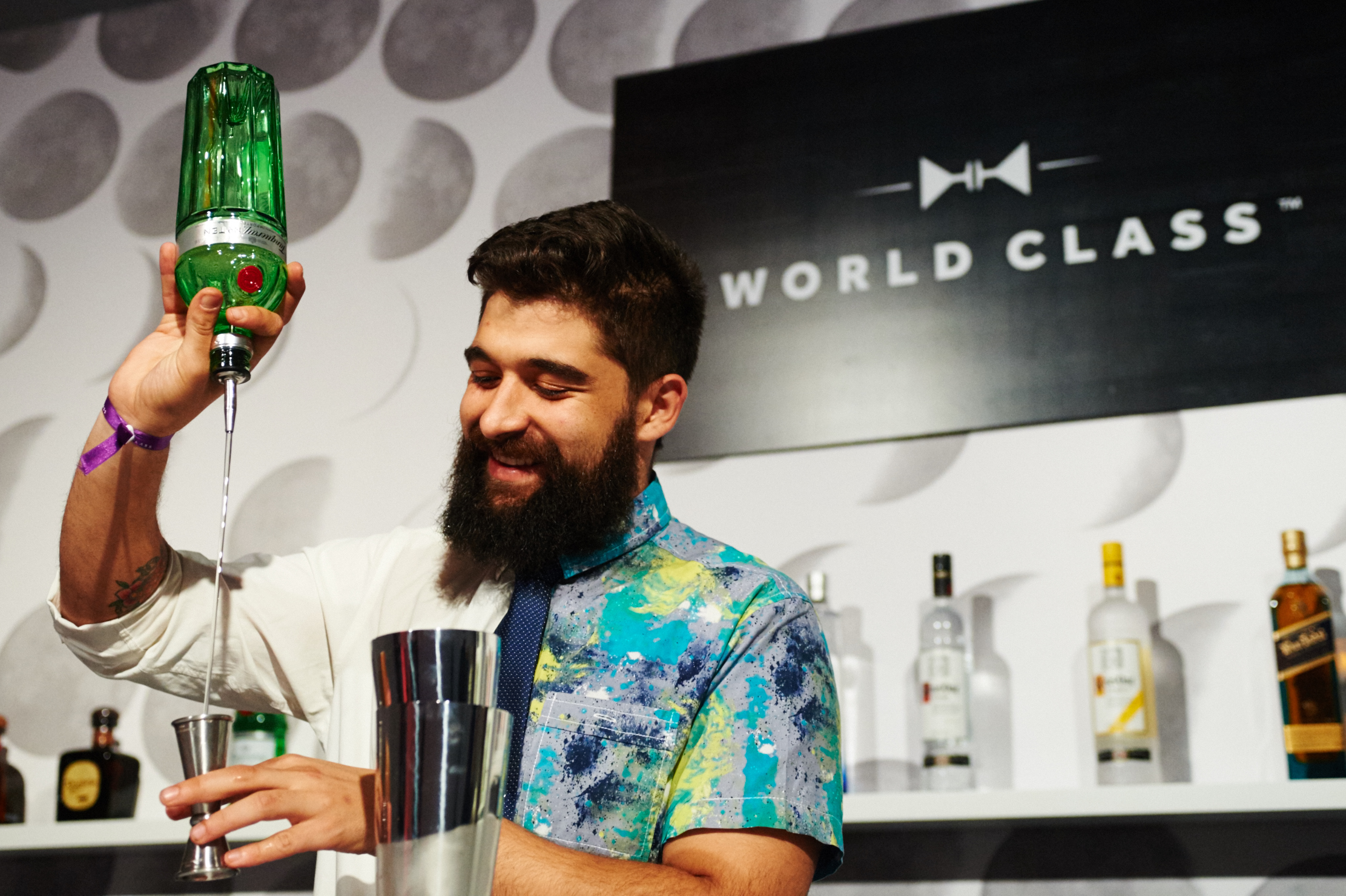 Cape Town, September 1 – The first round of challenges in the World Class Bartender of the Year Global Finals kicked off yesterday in Cape Town, as 54 contestants from over 50 countries arrived in the city to compete to be crowned the world’s best bartender.

Competitors, master distillers and celebrities from the world of luxury drinking arrived in South Africa over the weekend before converging at the V&A Waterfront on Monday evening for the opening batch of challenges, which will continue on Tuesday and Wednesday.

Divided into five groups – buffalos, lions, elephants, leopards and rhinos (South Africa’s famous “big five”) – the “big 54” got stuck in to the competition.

South Africa’s own Domenico de Lorenzo proved a popular contestant among local and international visitors, who crowded around to witness Dom prepare two cocktails inspired by the blurred lines between sun up and sun down in the life of a bartender in the “Night and Day” challenge.

“It’s both nerve-wracking and humbling to represent South Africa,” said Dom de Lorenzo after the night’s challenges had concluded. “It’s an honour, but also a little scary to know the eyes of the country and the whole world are on this competition.”

“The future is now!” declared Hong Kong competitor Antonio Lai, who was first up in the time-travelling “Retro, Disco, Future” challenge, which required the bartenders to infuse the spirit of three distinct eras into three one-of-a-kind cocktails – the old-school chic of the 19th century up to Prohibition; the dance-floor kitsch of the 70s and 80s; and the cutting-edge trends of the future.

“Sustainability” was a popular trend among the contestants as they looked to the future. Tess Posthumus of the Netherlands produced small cups made from potatoes in which to serve her concoction, while Refaat Ghostine of Lebanon incorporated recyclable wooden materials into his future-inspired serve.

At least one of the drinks in the challenge had to include Bulleit Rye or Bulleit Bourbon, and Bulleit founder Tom Bulleit of Kentucky was on hand to witness the contestants in action.

“I love this challenge thematically,” said Tom Bulleit. “Especially the future section. Everybody loves to look to the future for inspiration. And the competitors have really pushed themselves to meet and exceed expectations, which is really the whole point of World Class.”

Other challenges included “Against the Clock”, which was a high-pressure speed round where competitors prepared a minimum of five cocktails in just 10 minutes; “Around the World”, in which bartenders had to create two unique cocktail rituals – one honouring their home country and one honouring South Africa; and The “Street Food Jam”, which put the colour and diversity of Cape Town’s tastes and aromas at the bartenders’ disposal as they were tested on their ability to incorporate unusual ingredients into their cocktails, paired with two dishes made by a local chef.

The groups will do their rounds through each of the challenges in turn over the next few days. The six global finalists will be announced on Wednesday evening, while the 2015 World Class Bartender of the Year will be declared in a ceremony at Cape Town City Hall on Friday, September 4.