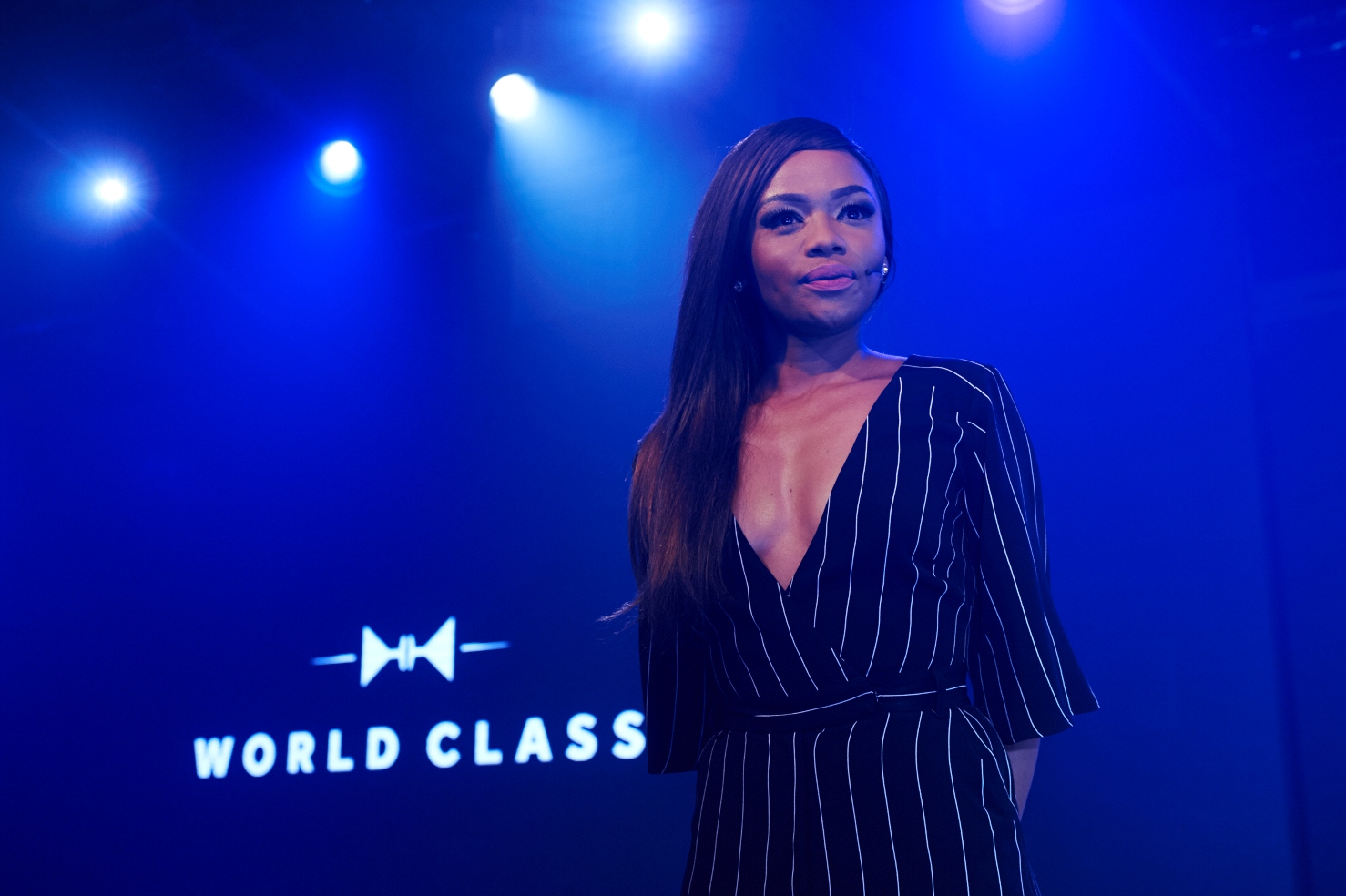 Global Finals take place in Africa for the first time

Competing bartenders, master distillers and celebrities of the mixology universe arrived in Johannesburg on the weekend and made guest appearances at some of the city’s top establishments and even went on a game drive before the welcome Symphony in Blue event.

Held at the city’s historic Turbine Hall, hosted by media personality Bonang Matheba, renowned praise poet, Zolani Mkiva opened with a stirring praise greeting to the 54 competing bartenders from over 50 countries, before Young Mambazo – the progeny of Grammy Award-winning group, Ladysmith Black Mambazo – took to the stage, followed by the Symphony In Blue experience.

An experiential and theatrical journey into the rich history and flavours of Johnnie Walker Blue, Symphony in Blue included performances from a Norwegian drumming group as well as the “Striding Man” dancers before Johnnie Walker Blue Label global brand ambassador Tom Jones took guests through an immersive, multi-sensory experience.

Now the World Class Bartender of the Year competition gets underway in earnest as bartenders travel to Cape Town for a series of challenges, to be judged by some of the world’s most illustrious mixologists, in an effort to be crowned the best bartender in the world.

With the global finals taking place in Africa for the first time, the winner of the World Class Bartender of the Year competition will be announced in the recently appointed World Cocktail Capital, Cape Town, on Friday, September 4.

At World Class House
Visitors to the centre-piece World Class House at Cape Town’s Roodebloem Studios, meanwhile, will have an opportunity to experience an informal, more intimate version of the Symphony In Blue up until September 5, where Tom Jones will again guide guests through the rich tastes of Blue Label®.

“Johnnie Walker Blue Label™® is one of the most respected spirits in the world of luxury drinking, owing to its unique flavour and quality. It is the pinnacle of blended Scotch whisky and a masterful combination of rare flavours from the four corners of Scotland. I’m looking forward to taking guests on this amazing journey at World Class House,” says Tom Jones.

This year’s a World Class Global Finals are the biggest and best yet, with 54 bartenders from over 50 countries set to compete in a series of innovative challenges in Johannesburg and Cape Town in a bid to be crowned the world’s best bartender.

The final takes place in Cape Town on September 4 and while World Class House stays open until September 5.

Presented in individually numbered bottles, it is reminiscent of the 19th century style of whiskies. The Master Blender uses his decades of experience to select some of the rarest casks from the Johnnie Walker reserves for their quality, character and flavour to create the powerful, complex, smooth character of Blue Label.

Blue Label has a mellow, rounded nose, with a dry smokiness (a Johnnie Walker signature flavour) mixing with raisin sweetness. It is best savoured with the palate cleansed and cooled by iced water. One sip reveals a velvety mouth-feel, then an explosion of flavour. At once you’ll discover hazelnuts, honey, rose petals, sherry and oranges. Subsequent sips reward you with more hidden secrets like kumquats, wispy aromatic smoke, sandalwood, tobacco, and dark chocolate.

Diageo is a global company, with its products sold in more than 180 countries around the world. The company is listed on both the New York Stock Exchange (DEO) and the London Stock Exchange (DGE). For more information about Diageo, its people, brands, and performance, visit www.diageo.com. For Diageo’s global resource that promotes responsible drinking through the sharing of best practice tools, information and initiatives, visit www.DRINKiQ.com.