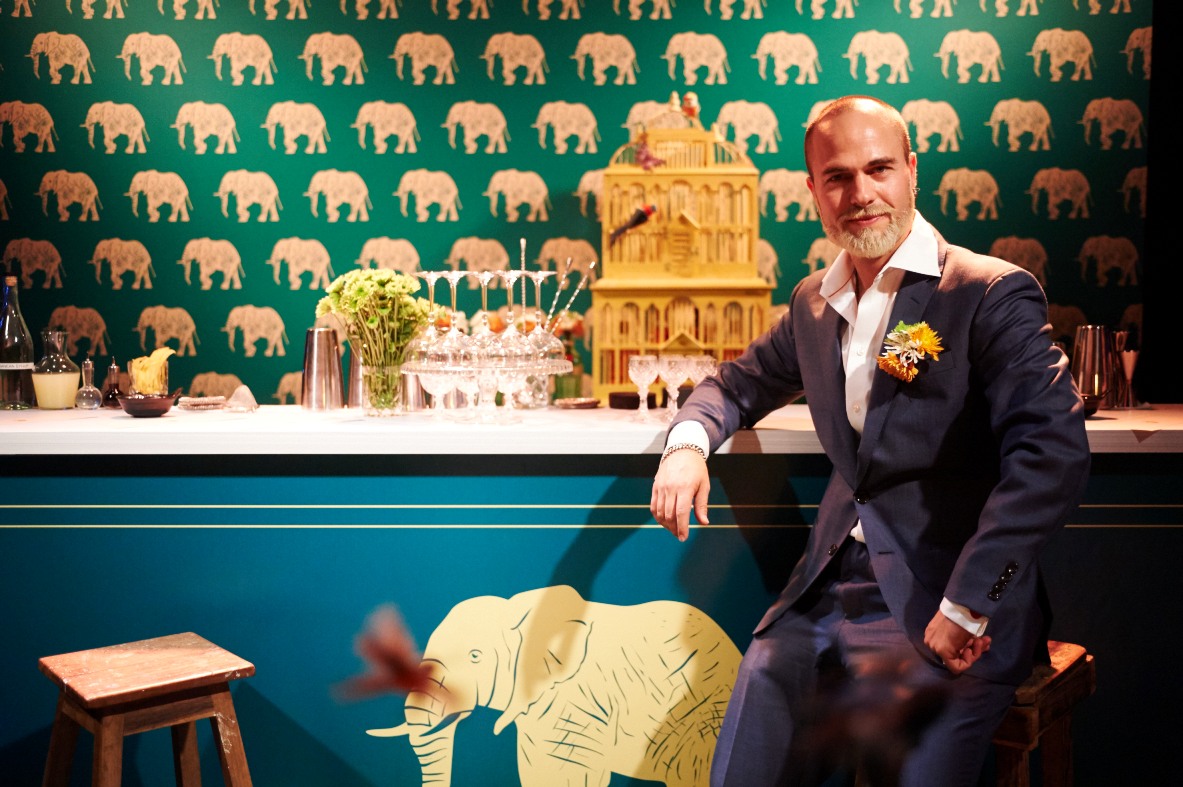 Cape Town, September 4 – Following the announcement of the six World Class Bartender of the Year finalists on Wednesday night, the competition grew even more intense as the “Cape Town Shakedown” challenge that got under way at the city’s V&A Waterfront last night.

The final challenge was designed to test the contestants’ full range of skills to the limit. Working with local design teams, the top six had just 24 hours (beginning on Wednesday night) and a lim-ited budget (600 GB pounds) to construct their own, individualised pop-up bars.

The finalists also had to concoct three distinct cocktails – a “Judges Championship Serve” (the drink that will ultimately determine the World Class winner), a “Guest Signature Serve” (the bartender’s signature cocktail) and a “Reserve Punch” (a batched serve). Each drink captured the essence of the contestants’ personality and bartending style.

Jack Sotti of Australia set up an alchemist’s shop with shelves filled with tinctures and potions (ac-tually a 2D background creating the illusion of depth). He served his three cocktails on a bar laden with gold coins, “The Prestige” being his Championship Serve (a mixture of Tanqueray No. Ten with purple carrot reduction and acid phosphate).

“My inspiration was the old myth of alchemy, which is all about transformation. I also wanted the atmosphere to reflect my love of entertaining,” said Jack.

Japan’s Michito Kaneka looked to his own name for inspiration. Michito means “Man on the Road”, so he incorporated the iconic Striding Man of Johnnie Walker into his bar’s theme – “The Travelling Bar Man”. The installation was covered in maps and treasure chests, and Michito took visitors on a journey from Scotland to France and Japan with his creations.

For his pop-up bar, Vitezslav Cirok of the Czech Republic wanted to create a space “free from stress where you can simply enjoy life”. He looked to the spice markets of Turkey and Morocco for inspiration, hanging red chilli peppers around the bar. He incorporated the theme of spice into several of his cocktails, most notably the “Spicy Negroni”, a twist on the classic using Tanqueray No. Ten.

Greece’s Manilos Lykiardopoulos based his bar around the “golden ratio” – a special number ap-proximately equal to 1.618.

“The golden ratio appears everywhere in nature. It shows that everything is connected. I wanted to include it into my pop-up bar along with a theme of hospitality, which is very important to me,” said Manilos.

His bar included a wash basin with hand towels where visitors could refresh themselves before sampling his “Spiral Martini”, made from Tanqueray No. Ten and almond-infused vermouth, and “1.618 Punch”, made from Don Julio Reposado, pineapple juice and ginger ale.

Ali Reynolds from the UK turned to sustainable materials when building his bar in order to spend as little money as possible so he could donate the remaining money to Diageo’s Learning for Life pro-gramme (a total of R2 868.62, or just under 140 pounds).

Ariel Leizgold of Israel, meanwhile, created a garden filled with bird cages and birdsong, complete with mechanical hummingbirds spinning in circles around a stone birdbath which also served as the punch bowl for his Jerusalem Beach Punch (made from Ketel One, Ketel One Citroen and Ketel One Oranje).

“I wanted my bar to reflect my love of flowers and the outdoors. It’s a very romantic environment,” said Ariel. As he was preparing for the challenge, he said: “I’m exhausted now, but there is still a job to be done so I have to prepare myself and get through it.”

The World Class Bartender of the Year winner will be declared on tonight at a grand ceremony taking place at Cape Town City Hall.