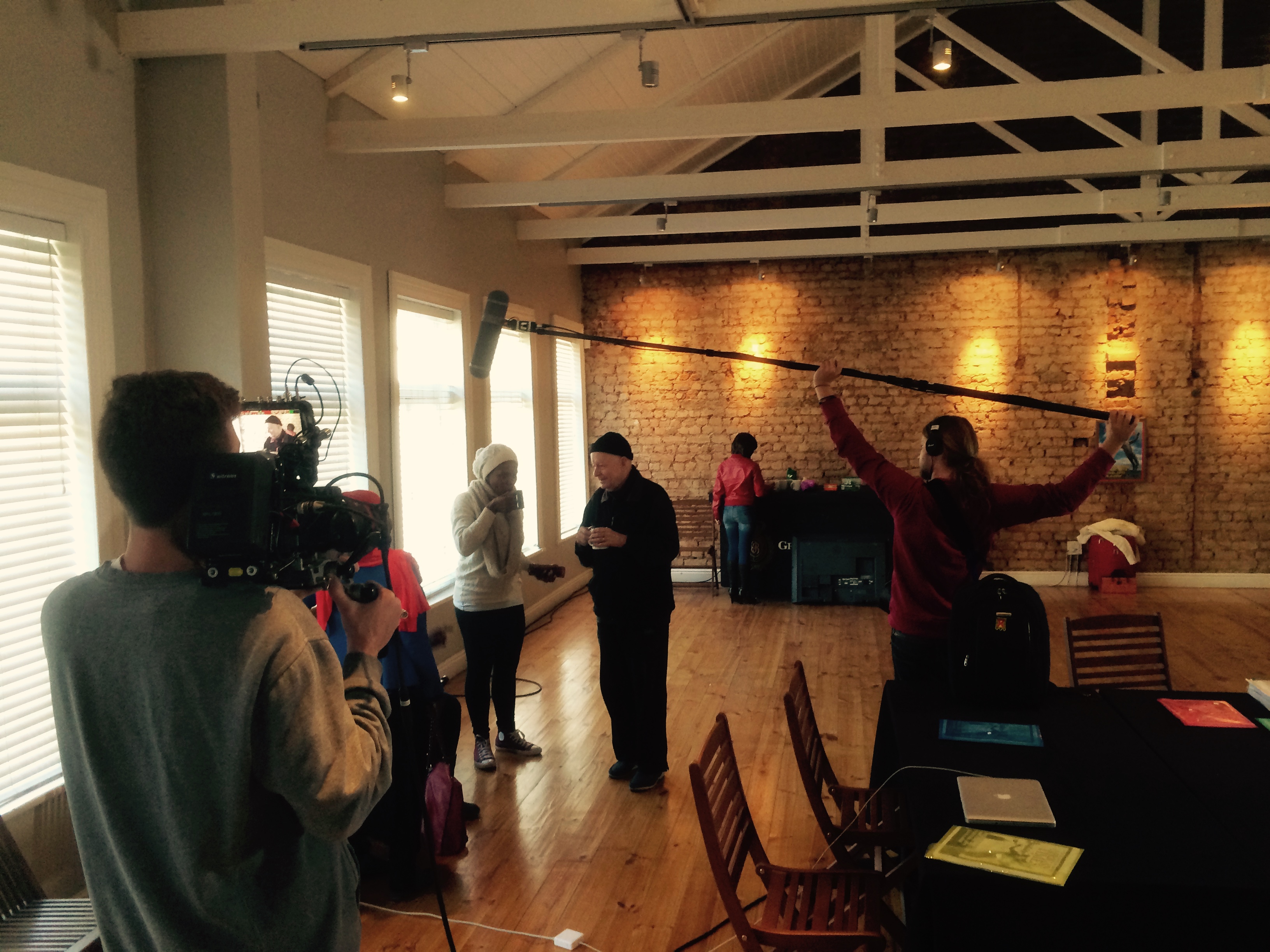 kykNET films and Vry Films in association with Lion’s Head Productions and Who Projects are proud to announce Nobody’s Died Laughing, a theatrical-action-documentary that celebrates the life and work of performing artist and activist Pieter-Dirk Uys, will have its world premiere at the 37th Durban International Film Festival on Sunday, June 19 at 6pm at the Elizabeth Sneddon Theatre.

In Nobody’s Died Laughing a film crew tries to keep up with one of the hardest working artists in South Africa on a journey from Cape Town, Johannesburg, Grahamstown, Stellenbosch to London, Berlin and his home in Darling. The film takes a closer look at the man behind all the famous characters, the humanitarian and his educational AIDS awareness work, for which he has received international acclaim.

“This film captures a man and a lifetime commitment to a country by using satire to affect change,” explains filmmaker Willem Oelofse. “I started researching Pieter-Dirk Uys in 2014 and spent time with him in his personal archives in Darling. I found it fascinating that after 50 years in the entertainment industry he was still working at the same pace and with the same vigour as when he started. In 2015 we simply picked up a camera and started following him around wherever he went: performing in Berlin or the Cape Flats, and watching him teach a room full of teenagers about safe sex. I believe audiences will be intrigued to experience more about the man who refuses to be silenced while using the arts as his weapon against discrimination and confronting intolerance.”

The film will have further screenings on Friday, June 24 at 6pm at Ster Kinekor Musgrave and on Sunday, June 26 at 9.30pm at the Playhouse.The film opens in cinemas around the country on July 29.

For more information regarding the festival visit: http://www.durbanfilmfest.co.za/