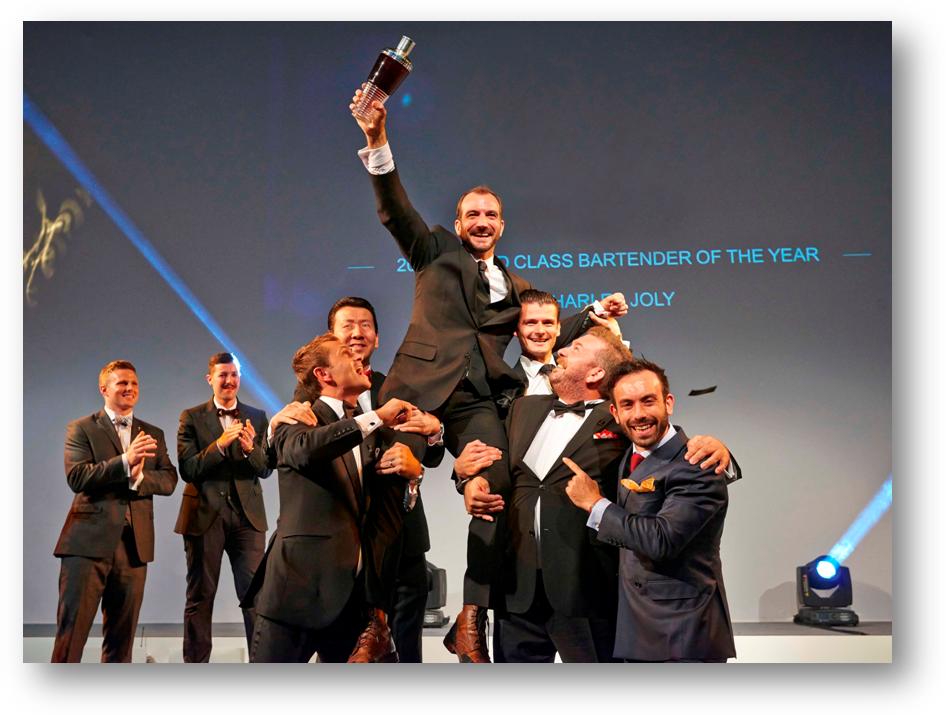 After 12 months of regional and national heats, the 55 most talented bartenders in the world will be descending on South Africa for the Diageo Reserve WORLD CLASS Bartender of the Year competition.

Taking place from August 31 to September 4 in Johannesburg and Cape Town, this year’s Diageo Reserve WORLD CLASS Bartender of the Year competition is the biggest yet, with 55 bartenders from over 50 countries – including more female finalists than ever before – competing to be crowned best bartender in the world.

The event, now in its seventh year, is the biggest and most prestigious mixology event in the world, providing a platform to celebrate the crème de la crème of the world’s bartenders – those who will set industry trends and standards at the world’s best bars while elevating the craft and building the luxury drinking industry around the world.

While there can be only one winner, the talent on show throughout the WORLD CLASS experience will show how the knowledge of quality spirits, the pedigree of ingredients and the pioneering of drinks-making techniques are cultivating next-level creativity underlining the fact that bartenders are as talented and creative as their chef counterparts.

A landmark week on the luxury calendar, the Global Final will be judged by the world’s most respected mixology and taste experts and attended by trend-leading editors, industry experts, renowned bar owners and a selection of guest judges who are also respected craftspeople in their fields.

“In order to impress the WORLD CLASS judges, a bartender must exhibit originality, precision, showmanship and the ability to connect with consumers. They will be tested to their limits throughout WORLD CLASS – working under pressure to create not only beautiful drinks, but also memorable experiences. Each year I am astounded and inspired by the level of talent, skill and innovation the participants bring to the competition,” said Spike Marchant, global ambassador for WORLD CLASS.

Charles Joly of Chicago, last year’s winner of the WORLD CLASS Bartender of the Year competition, said: “WORLD CLASS is an opportunity and an experience unlike any other. As someone who is passionate about the industry, I am grateful to WORLD CLASS for putting the bartending profession on a global stage. The competition is a chance for bartenders from around the world to show consumers what fine drinking and mixology is all about”.

WORLD CLASS is to cocktails and bars what Michelin is to food and restaurants – it is a mark of excellence designed to make people care about what, where and how they drink. In turn, WORLD CLASS bartenders and the venues where they work are synonymous with sophistication and impeccable service while pushing the boundaries of a contemporary, experiential cocktail culture.

Let the day begin, best of luck to our top 50! #worldclassgb pic.twitter.com/gA1HUSE3VX

“Since its inception, WORLD CLASS has been passionate about giving the best bartenders in the world the global spotlight they richly deserve – these are incredibly talented professionals whose skill is on a par with the world’s best chefs but who also deal directly with the public on a nightly basis, have the flexibility to create great drinks that to the exact specification of each and every one of their guests, be part sommelier, part maître d’, part host, part alchemist, part entertainer and part confidant.

Now In 2015, WORLD CLASS is on a mission to make the world drink better – it is a marque of distinction that guarantees the absolute best in drinking experiences whether that’s the world’s best bartenders, bars, spirits, drinks, recipes or entertainment such as our TV show, all with our great bartenders at the very heart of everything we do” said Johanna Dalley, global director for WORLD CLASS.

With only 5 going through from 50, the competition is hot, but the camaraderie is just as strong. #worldclassGB

Launched in 2009, WORLD CLASS bartenders and the venues where they work are synonymous with sophistication, impeccable service and pushing the boundaries of contemporary and experiential cocktail culture. To date, the programme has inspired more than 35 000 bartenders, representing more than 10 000 bars and restaurants worldwide.

Since then the WORLD CLASS global finals have travelled to Athens, New Delhi, Rio de Janeiro and London, with the 2013 finals taking to the open seas on a cruise ship in the Mediterranean. The number of countries participating in the competition has nearly tripled between 2009 and 2015 – from 18 to 55.