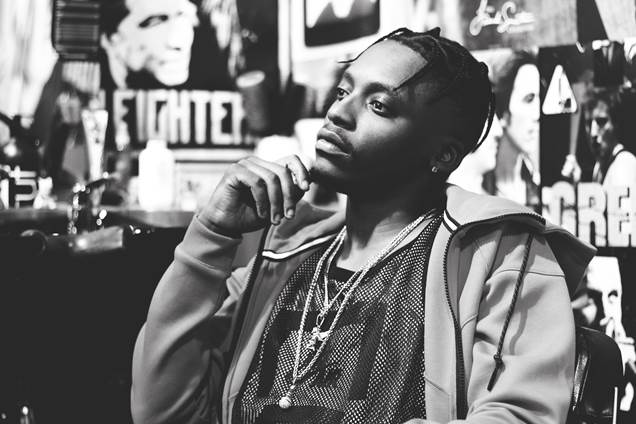 Johannesburg, Friday, 22 July 2016 ­- The Chief, Yanga, embarks on a new chapter with a distribution deal with Universal Music orchestrated by Vth Season. This new deal comes as Yanga embarks on a new level in his music career wanting to raise the bar.

Yanga’s latest offering, Not Enuff, has fast become a popular track amongst urban youth across the country, with his single on high rotation on national, ALS, commercial, community and campus radio stations. With over 40 radio stations playing Not Enuff, Yanga’s fans can listen to the track on stations such as Metro FM, 5FM, Capricorn FM, Motsweding FM and YFM just to name a few.

Get Yanga’s new single Not Enuff on iTunes here: https://itun.es/za/IpjTdb

The tile of the single is inspired by Yanga’s journey and all the achievements he has received thus far, which he says it’s still not enough for him, and no matter how much more he will achieve it will never be enough.

“I was just in a stagnant space and I was adding up all my previous successes and I concluded that they were not enough for me. I love being here and performing for the people but I really wanna be more. I always get told to wait, that song was me saying that if this is what I’ve been waiting for then it’s not enough. So from now on I’m doing things my way” shares Yanga.

Not Enuff has taken the South African music scene by storm and left his fans wanting more. This single is the first taste of his upcoming EP titled TIAM (Touch Is A Move) which is due for release later this year.

Yanga has an unwavering presence in the South African hip hop community and knows how to get the right attention and hold it for long enough to leave a lasting impression, which continuously makes him an artist to look out for each year.

With memorable verses on some of South Africa’s biggest songs such as Run Jozi, Sorry Makhe, Kwa Mkhize, Baddest and most recently, Dreamwork, Yanga proves his skill and lyrical ability is unquestionable.