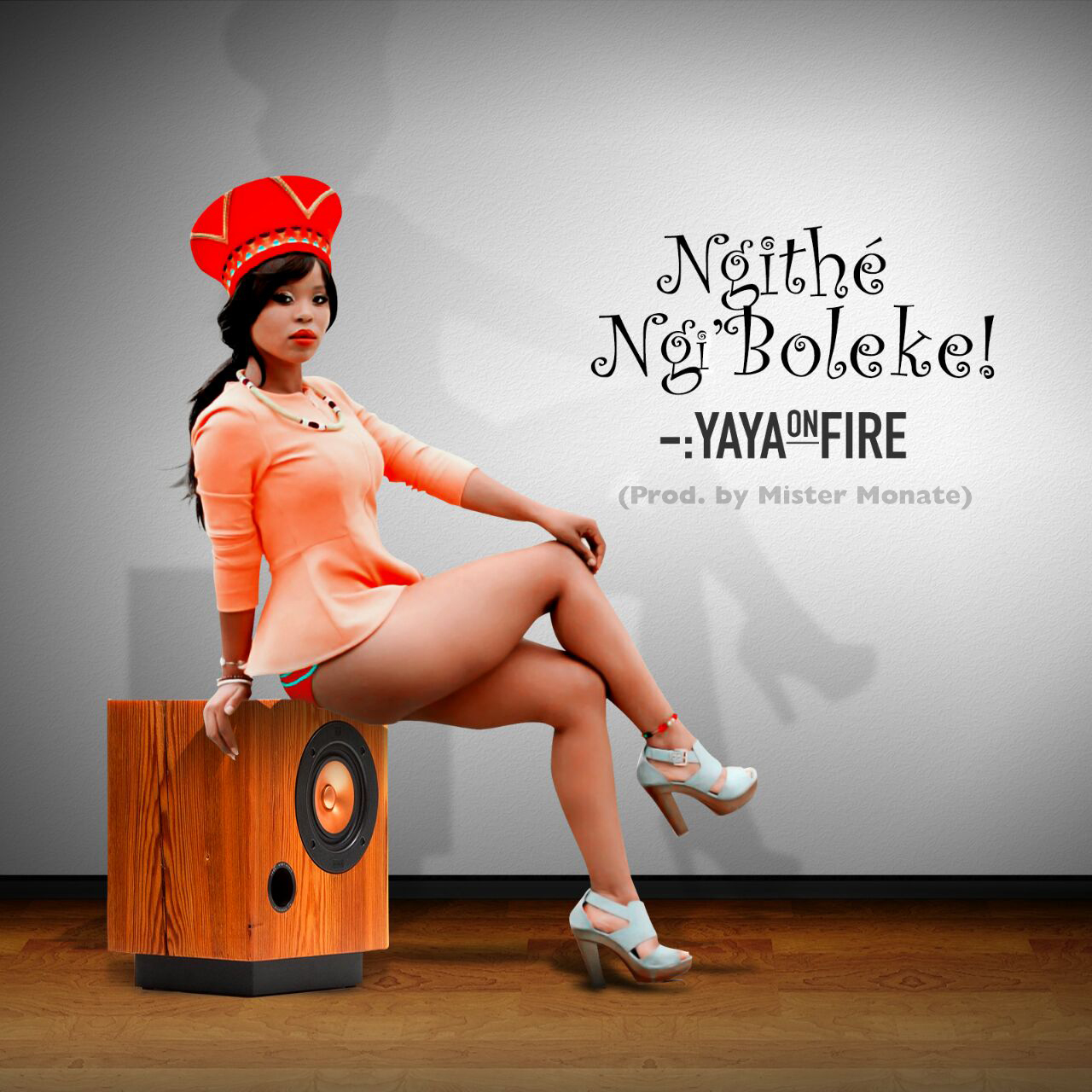 Singer & Songwriter, Yaya Onfire, who was introduced to the industry as “the disgruntled voice behind MiCasa’s All The Glory” is finally coming out with her own music & her debut single is expected to cause a stir!

The vocalist is releasing a song titled Ngithe Ngiboleke where she assumes the role of an antagonistic mistress addressing her part-time man’s fiance about harassing her. In the song, Yaya makes some fiery statements that are bound to set the intestines of every main chick (Popular term for a man’s first wife or actual girlfriend) on fire! The lyrics include lines like “Uphansi, uphezulu uzifraza ngami. That time ngiphansi, ngi-cool ngikudlela calmy!” Meaning the main chick is up in arms, stressing herself while Yaya ‘chows‘ THEIR man calmly.

Although the song is extremely elaborate & Yaya Onfire seems well-versed on the topic, she clarifies that she has never been a sidechick before & the song is purely inspired by the stories she sees in daily life & via media. She says, “What we are seeing lately is this contagion of shameless women who don’t mind sharing men because society keeps preaching that there is a shortage of good men available. So women don’t see the fact that a man is taken as an obstacle anymore. It’s just a stain in their perfect life with the remaining good men. So if a main gets pissed off & decides to attack the side instead of her man, she is going to hear the most shocking & disrespectful statements ever & I’ve packaged them into a song just as a ‘What To Expect‘ kit. Go there prepared. lol”

Ngithe Ngiboleke is intended to pack a punch & the producer, Mister Monate stuck to the directive by making the beat bass driven, instrument heavy with perfectly positioned pauses & dramatic drums that encapsulate the attitude & boldness of the song.

Set to release on 16 May 2016 on all digital platforms, Ngithe Ngiboleke is ready to be the heat that house music lovers need to warm up their Winter & we can thank Yaya Onfire for that! 🙂

About Yaya Onfire
Impossibly talented singer & songwriter Yaya Onfire, who’s been compared to legendary Lebo Mathosa, is set to fill the gap that’s been left by the late Kwaito sensation. Yaya has been described by many producers & fellow musicians as an extraordinary vocalist & equally impressive songwriter.

Having studied music (majoring in vocal technique) & spending 5 years working behind-the-scenes in television production – namely: producing Sistas on Soweto TV, doing content for Vuzu’s 10 Over 10, Africa Magic’s Star Gist & being production manager for Sho’t Left with Dineo Ranaka & Dineo’s Diary – Yaya Onfire is ready to use everything she’s learnt & apply it to her own career as a fulltime musician, writer & voice-over artist.

She says, “There’s no formula to happiness, but I know for damn sure I’m happier doing what I love than doing everything else.” & That’s exactly why Yaya is giving her talent & creative energy to music & vocal work.

In a country that’s parched for bold songstresses who are the voices of their own careers… taking charge without compromising the art, Yaya Onfire is refreshingly clear & directed. Given the opportunity, this rhythmically-blessed young lady will prove to be an asset to your company & the industry at large.