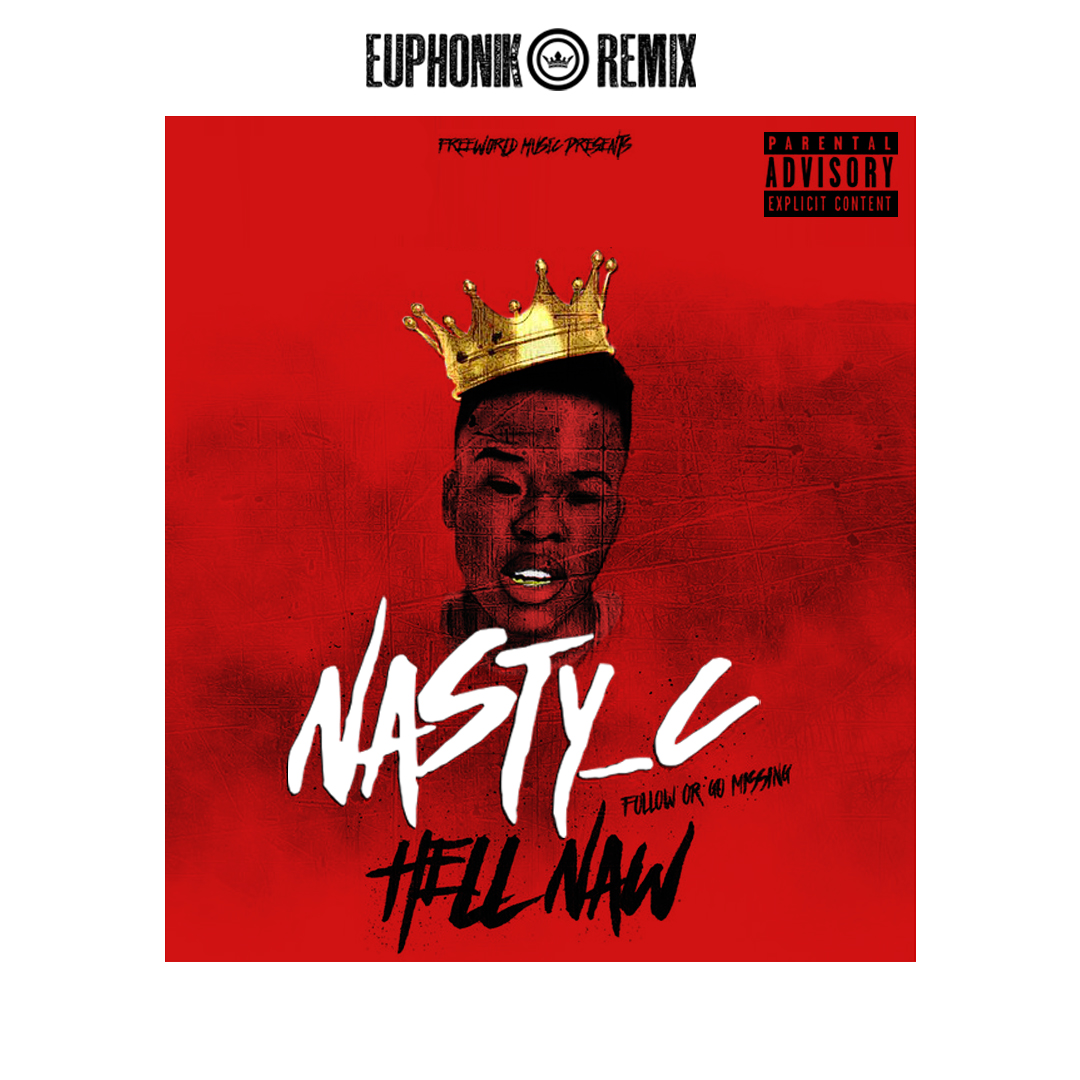 “The track is special because it enabled me to remix another artist’s music for the first time in five years,” says Euphonik and adds “I was inspired to do a remix of Hell Naw because it is fresh and original. Nasty C is an exciting up-an-coming local artist and he’s all about the music. I’m going out of my comfort zone on this one!”

Euphonik’s remix of Hell Naw offers a fresh perspective on both the source material and the music genre for which it was created.

As a top house DJ, producer and radio host, Euphonik believes that South African hip hop is at its peak right now and that Nasty C’s music deals with issues the nation can relate to.

“It’s amazing to see the speed at which the South African music industry is growing and how young artists are producing top tracks. The Hell Naw remix is a departure from my customary sound and I loved the challenge of producing a track that falls within a different genre,” says Euphonik

Nasty C’s thoughts? He’s all for it! “The remix is dope! Euphonik’s spin on Hell Naw takes it to the next level. I can’t wait for it to be on the airwaves.”

The 19 year old David Ngcobo, better known as Nasty C, is already making waves in the local music industry with his original sound and tongue-in-cheek attitude. The youngest recipient of the Best Newcomer Award at the 2015 South African Hip Hop Awards, Nasty C has collaborated with a number of well known South African artists, including AKA, Tumi, Cassper Nyovest and Anatii.

Euphonik’s remix of Hell Naw will exclusively be available on Vodacom Deezer .