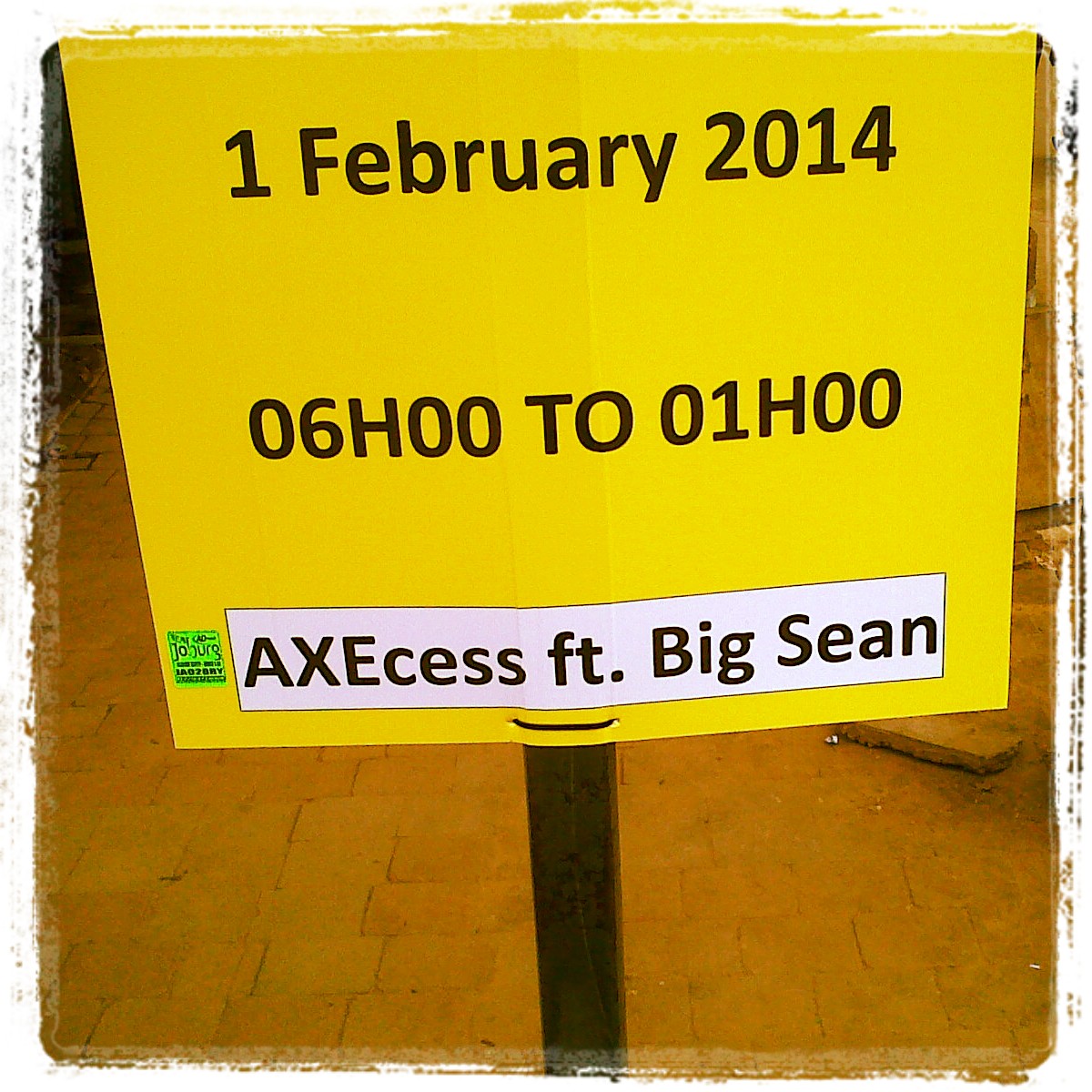 I think the opening picture says it all

I was granted tickets to attend the AXEcess feat Big Sean concert, by Ntertainment Box

I’ve only been listening to Big Sean for a year now and this was going to be the first Hip Hop concert I attended and my first time attending an event at Mary Fitzgerald, Newtown.

Was super excited and all swagged up of course.

AXE had 1 of the best line ups I’ve seen, Khuli Chana, AKA, Reason, DJ PH just to name a few. This concert was definitely 1 to attend.

A lot of credit goes to the local guys, they really made it all worth, to an extent where even if Big Sean didn’t show up, it would have still been a great concert.

The sound was amazing but needed you to be by the stage to enjoy it, if you went further back, the less you heard. Not taking anything away from the setup, that was amazing. Flame throwers on stage made it even more exciting.

Despite it raining and delaying things, as the crowd had to wait for the stage to be dried and Big Sean could perform (safety first), the crowd was completely not catered for as the rain got the better of them. VIP was also badly positioned as they were crammed on the side and barely able to see the performers (karma for being VIP and looking down on General tickets).

Dream Team, Reason, Teargas, Khuli Chana and AKA all killed it. Each performing better than previous artist and didn’t come alone. The audience got a taste of Morafe, Da Les etc.
Clearly they had a point to prove.
DJ PH came through with DJ Feel, that was a great set. And the wildcard in this event, DJ Tira proved why he should not be underestimated, he had the crowd wanting more and singing along to House Music tunes.

AXE really set bar high and allowed the artist to perform to their best. Big Sean had the crowd in his hand and thanked everyone that stood in rain and waited to see him. He even apologised for the delay, in my opinion, he should definitely come back to South Africa. He even came with his mom (cute but can he bring his fiancé next time, please).

The only thing I didn’t enjoy about his performance was after each song, they would play a clip saying “Finally Famous”. The title of his new album, which was great for promotion but got a bit too much after a while.

As the first Hip Hop concert I attended, I’m blown away by AXE and all the acts. Great work was done here. Also including the SkyRoomLive crew that streamed it live online as it took place made it even more awesome.