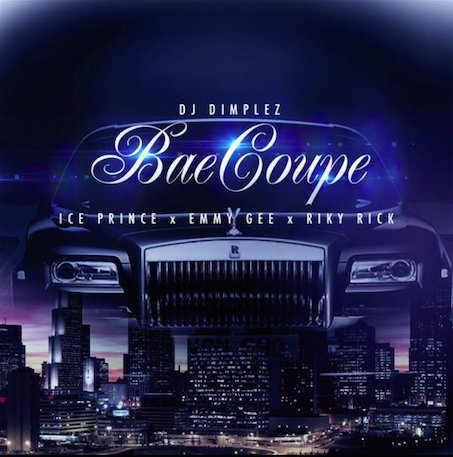 DJ Dimplez, one of South Africa’s hottest DJs, recently shot the video for his new single Bae Coupe in collaboration with Nigerian chart-topper Ice Prince, Emmy Gee and Riky Rick. Directed by SAMA-nominated Alessio Bettocchi, the video takes its cues from the celebration of success and luxury living.

Bae Coupe – brought to audiences by CÎROC Ultra-Premium Vodka – is not the first time DJ Dimplez has worked with Bettocchi; they previously worked on the SAMA-nominated video for Yaya, featuring Dreamteam and Anatii, which enjoyed colossal acclaim across the African continent.

“Bae Coupe is an appreciation of the prosperity I enjoy after all the hard work I have put in over the years. It’s about being able to reward yourself and those you love. At the end of the day life is all about what you put in,” says DJ Dimplez of the video, which is filled with style and hip hop spirit.

The collaboration with Ice Prince is a significant step in merging and solidifying the international success of music on the continent. Ice Prince, who is currently working on a number of tracks in the United States, rose to fame after releasing “Oleku” which became one of Nigeria’s most remixed songs of all time.

DJ Dimplez has worked with some of the most respected artists on the African continent, including Cassper Nyovest and Anatii, and has shared the stage with many other music icons such as AKA, Da L.E.S., Black Motion, DJ Drama and Sarkodi, making him one of South Africa’s most prolific DJs. “I love doing what I do and being able to celebrate all I have accomplished is a bonus! I look forward to working on new tracks and taking my sound to more countries in Africa while living loud and living large,” continues Dimplez, who this year won a lifetime achievement award from MTV Base along with AKA.

Recently back from Mauritius – where he enjoyed the tropical luxury life and performed alongside Nigerian music industry heavyweights such as D’banj and Banky W at the global launch of CÎROC Pineapple – Dimplez is in studio continuing his collaboration with many of Africa’s hottest artists.