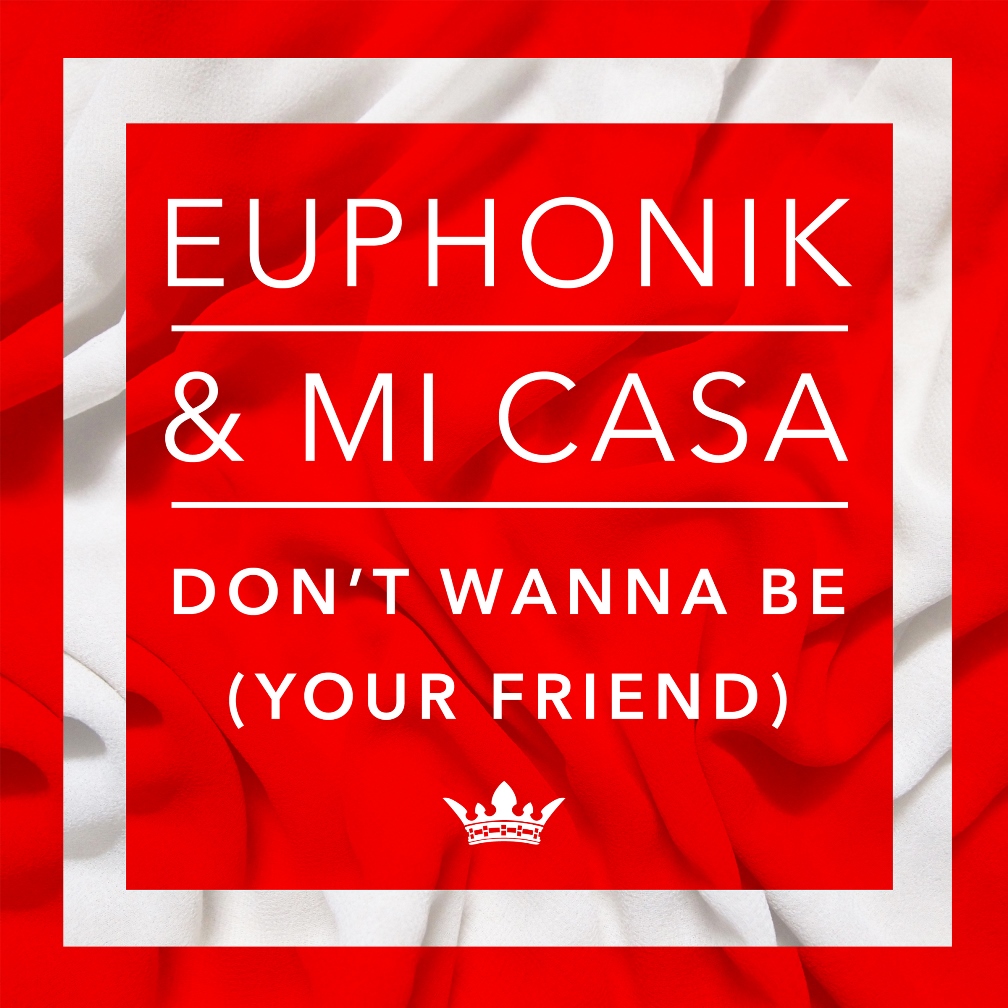 Set to be the song of the South African 2015/16 summer, and written by Mi Casa’s J’Something, Euphonik’s “Don’t Wanna Be (Your Friend)” is a departure from the artists’ customary sounds. With their unique talents combined, Euphonik & Mi Casa have produced a dance track that is fresh, highly listenable and club-friendly.

About the collaboration, Euphonik said: “The inspiration is, as always, to make music – party music – with depth and meaning. This collab with long time friends and colleagues is just that. It’s the first track we’ve ever worked on together and the sound is different from anything either of us have ever done.”

Euphonik’s upbeat dance and production values combined with J’Something’s smooth vocals, resulted in a catchy crossover single destined for mainstream success, without eschewing musical quality and depth in lyrical content. “This is about sexy summers,” Euphonik said. “You know when you’re stuck in the friend zone, but want to change it? The track gives you the licence to put yourself out there – to find your lover, tag them with the hashtag #xxxfriend and own your summer memories!”

Don’t Wanna Be (Your Friend) is dropping on iTunes in the next hour! Get in there. #xxxfriend pic.twitter.com/m8j7iYxruC

Euphonik, meanwhile, will release a number of collaborations with both African and local artists in coming months, including singles with, among others, Donald, Kelly Fortune and DJ Kent (under the umbrella of ‘KentPhonik’) while an Africa Tour 2016 is in the planning stages (details to be released soon)

The artist, who is a South African Music Awards and double Metro FM Music Awards nominee, won Best Compilation Album at the 2014 Metro FM Awards for his album, “For the Love of House Volume 5”, cementing his universal appeal and acclaim.

“Don’t Wanna Be (Your Friend)” (#XXXFriend) is available on iTunes from Tuesday 01 December.

DJ Euphonik recently signed to Celebrity Services Africa (CSA), with “Don’t Wanna Be (Your Friend)” being the first single released in partnership with CSA.

3 thoughts on “Euphonik Feat. Mi Casa: “Don’t Wanna Be (Your Friend)” – Set To Be The This Summer’s Anthem”