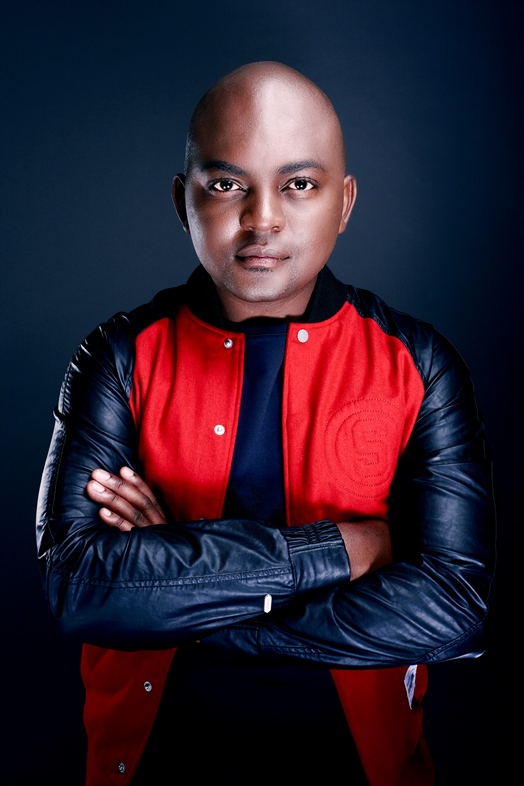 Sunday night radio will never be the same

Johannesburg, September, 2016 – Top house DJ, Euphonik has joined forces with 947 for a total sound takeover each weekend, hosting an exciting new show, eUNITE with Euphonik, starting this Sunday, September 18th, between 18h00-20h00. He will also kick start the weekend with a mix on the Afternoon Drive with Anele Mdoda just after 18h00 each Friday.

Certainly no stranger to radio fans, Euphonik has been on the air for the last decade, initially with a gig at YFM and later joining 5FM. As an artist he has produced numerous albums and has been nominated for, and won, a number of awards for his work.

During this time, Euphonik expanded his brand globally, jetting between major party cities – from New York to Miami and Ibiza – drawing packed crowds and sold-out shows while sharing stages with some of the top players in the business, including Tiesto, Skrillex, Avicii and Swedish House Mafia.

With expansion in mind, the decision to partner with a fresh, contemporary radio platform such as 94.7 came naturally to Euphonik.

“My years at 5FM presented an amazing journey but the time has come to open a new chapter, starting with 947,” says Euphonik on his new move. Along with his hit “Don’t Wanna Be Your Friend” (the most downloaded song of the year thus far), Euphonik has also just released a new hit, “It’s A Fine Day”, already at number 11 on the Shazam charts just under a week after release. “Euphonik has built a powerful brand with an urban energy, and as the station that is plugged into Joburg, we’re very excited to work with someone who is so directly tapped into the parties in the city,” said 947 station manager, Ravi Naidoo. “We are thrilled to welcome Euphonik, and a new au-dience to Sunday evenings on 947.”
947 is a curator on Apple Music so fans who love the radio mix will be able to stream it shortly after the show.

In addition to welcoming Euphonik to the team, the station has re-jigged other elements of its weekend programming schedule to fuel the parties and pace of Joburg.
The Bloc Party with Sizwe Dhlomo and Mac G on Friday and Saturday nights welcomes mixes from some of the city’s hottest resident DJs including Saubomb, Da Capo and Dino Bravo and Franky.
Miss Candy K, meanwhile, joins the team from Voice of Wits and will host the 04h00 to 07h00 show on Sunday mornings.

ALERT: Happy to officially be part of the @947 family. My Joburg. My City. My Station. #947eUNITE #CSAGlobal pic.twitter.com/90Aynn4vAP

In turn, the DJ, music producer, radio presenter and entrepreneur has forged a unique sound-fusing house, electro and dance elements-that has garnered him a legion of fans the world over.
From Dubai to Sydney, Cape Town to Miami, London to Toronto and New York City to Johannes-burg, Euphonik has played sets across the globe, entertaining discerning clubbers and gaining hun-dreds of thousands of fans spanning five continents.

He’s served on the panel for the electronic music industry’s premier annual conference, The Miami Winter Conference; and he’s opened for some of the biggest names in the electro music industry including Swedish House Mafia, Avicii, Afrojack, Skrillex, Louie Vega, Richie Hawtin, ATB and Markus Schulz. All of this before the age of 30!

Despite gaining an international following at a rapid rate, Euphonik is still very much a staple of South Africa’s club scene. One of the country’s most sought-after DJ’s, he gigs across all nine prov-inces and has spread his wings to the rest of Africa

Exposing South Africa’s music scene and sounds – especially local electronic dance music to the rest of the world – is something that Euphonik is passionate about.

He has a powerful social media reach of over 1. 7m fans.
Some of his accolades include:

More on 947
The station that brings together the pace and diversity of Joburg, 947 plugs into the common atti-tudes of the people of the city and amplifies the energy of this remarkable place.
With significant audiences on multiple content platforms, the station connects through presenters with big personalities; music that rocks and promotions that are memorable, exciting, entertaining, Warm, authentic, ambitious and optimistic, 947 reflects the all or nothing philosophy that runs through Joburg’s streets and keeps the city and its citizens constantly in motion.
www.947.co.za