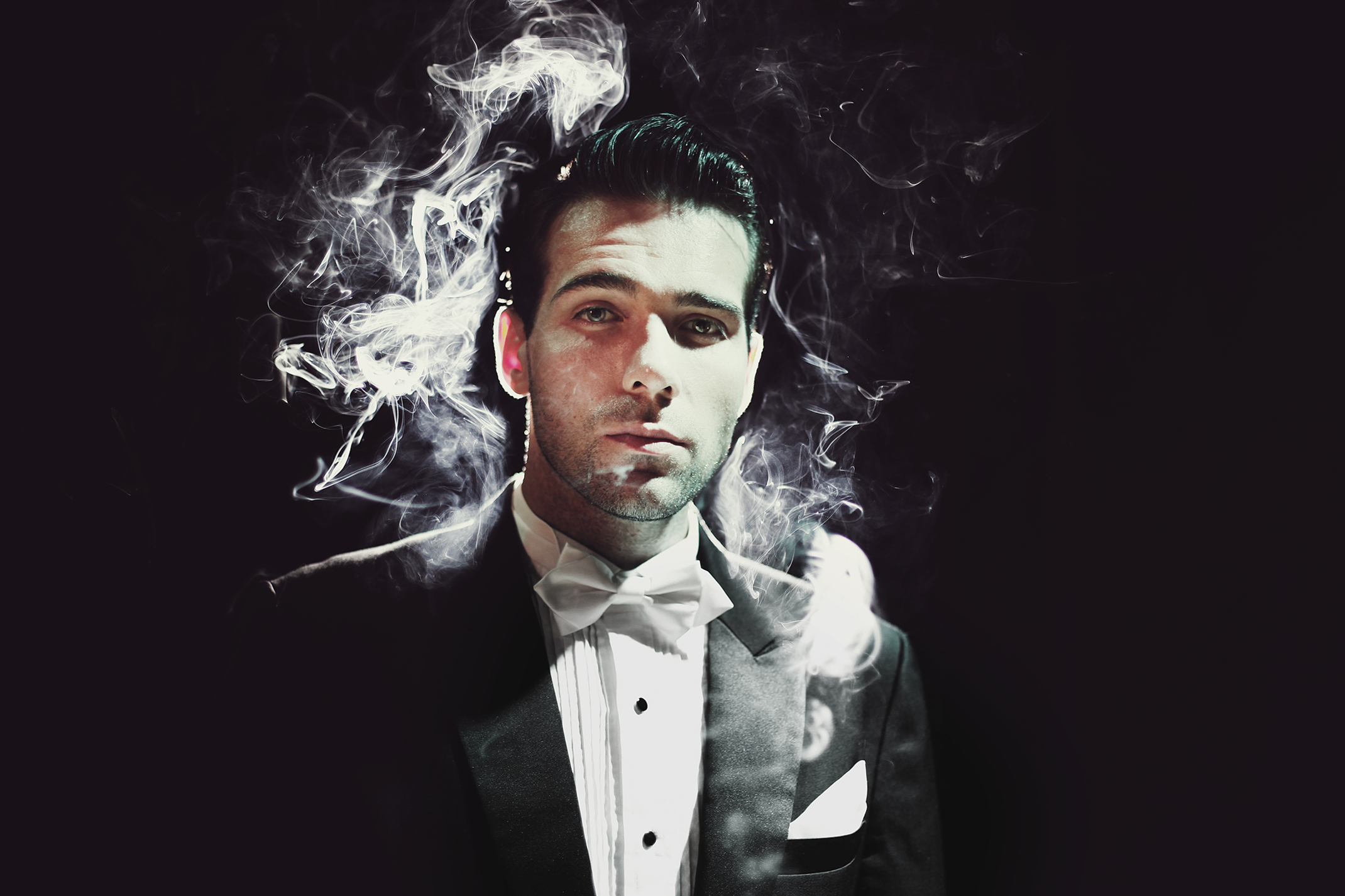 Following sold-out performances of his smash hit show Stage by Stage in Durban, Cape Town and Johannesburg earlier this year and in a first for the Teatro and Jonathan Roxmouth, the multi-award winning star of local theatre will perform three concerts entitled From The Footlights, featuring a variety of hits from internationally acclaimed Broadway and West End musicals such as Chicago, The Phantom Of The Opera, Les Misèrables, Sweeney Todd and Jesus Christ Superstar. These are also featured on Roxmouth’s latest album (released this week) by the same name. The concerts will be staged at the Teatro at Montecasino on Friday 18 September and Saturday 19 September 2015, both commencing at 8pm and Sunday 20 September at 2pm. Ticket sales open at Computicket on 25 May 2015.

Joining Roxmouth on the Teatro stage and sharing a few musical surprises are some of his favourite artists who have made their mark on the musical theatre scene. Guest stars include Afrikaans “Kaapse Draai” singer and recording artist, Nádine (Jesus Christ Superstar); actress, singer and musician, Lindiwe Bungane (Dreamgirls); TV, stage and movie actress and comedienne, Tracey Lee Oliver (Dreamgirls); and actor, singer and recording artist, Harry Sideropoulos (Hairspary). Roxmouth and his guest artists will be accompanied by an 18-piece Broadway big band under the baton of award-winning conductor and arranger, Bryan Schimmel (Chicago, We Will Rock You, Jersey BOys) who is also the arranger and co-producer of Roxmouth’s new album.

The 2-hour concert programme includes “All That Jazz” (Chicago), “Bring Him Home” (Les Misèrables), “Being Alive” (Company), “I’m Going Home” (The Rocky Horror Show), “Last Night of the World” (Miss Saigon) and “Music of the Night” (The Phantom Of The Opera).

From The Footlights is presented by Renier and Lise-Marie Keyser of Add-Life Productions, producers of six original musicals since 2008, including the hits Ester and Liefling and the recently staged Aspoestertjie. Actor, choreographer and director Weslee Lauder (Starlight Express, Stage By Stage, Aspoestertjie) is the director, with lighting and set design by Denis Hutchinson (Sunset Boulevard). “My first big stage role at the Teatro was Gaston in Beauty And The Beast in 2008 and three years ago I played my last major role here as the Phantom. I have been rearing to get back onto the Teatro stage and I can’t wait to perform From The Footlights”.

Jonathan Roxmouth began his professional musical theatre career in 2006 playing Vince Fontaine in Grease, and continued to play a number of leading roles in many of the biggest musical theatre productions staged in this country. Roles such as Gaston in Beauty And The Beast, Judas Iscariot in Jesus Christ Superstar Joe Gillis in Sunset Boulevard established Roxmouth as one of South Africa’s up-and-coming stars, but it was his powerful performance as the Phantom in The Phantom Of The Opera that made critics and the public alike take special note of Roxmouth’s enormous talents. Aside from musical theatre, Roxmouth has also performed in the hugely popular musical revues A Handful Of Keys, Topsy-Turvy, Nöel And Gertie and Hats Off! Recent shows by Roxmouth include Call Me Lee and country-wide sold-out performances of his one-man show Stage By Stage.

Roxmouth has recorded three albums, two from his stage shows Call Me Lee and Stage By Stage and his latest album From The Footlights will soon be on stage at the Teatro at Montecasino. Albums are available for purchase via www.jonathanroxmouth.com. Book at Computicket from 25 May 2015 by calling 0861 915 8000, visit www.computicket.com or your nearest Computicket service centre. Further information is available at www.montecasino.co.za or www.jonathanroxmouth.com.

Don’t miss this rare weekend of musical theatre extravagance; a unique opportunity to enjoy your favourite songs from the musicals all in one show!

I can FINALLY say it! After a hugely successful Launch this evening, FROM THE FOOTLIGHTS will be at the Teatro at…

Jonathan is a very fortunate young man. He has the joy of doing what he loves for a living. He has performed in a wide variety of work from musicals to revue to plays and has earned 10 national and international theatre awards.

Jonathan started his career many years ago as the bespectacled Financial Advisor in Sanlam’s series of Baby Adverts. The acting bug bit and he never looked back. He gained the bulk of his “training” by participating in a number of musicals at the Natal Playhouse. These included Guys And Dolls (Nicely-Nicely Johnson), Oklahoma! (Ali Hakim), The Mikado (Pooh-Bah), Me And My Girl (Bill Snibson) and The Pirates Of Penzance (The Pirate King). He made his professional debut in 2006 in the Barnyard’s production of Grease (Vince Fontaine/Teen Angel). He followed that up with Rock Me, Amadeus (W.A. Mozart) and The Buddy Holly Story (Buddy Holly). The big musicals finally beckoned and he played Lun Tha in Packed House Productions’ The King And I.

What followed was an undisputed milestone for him. He joined Roelof Colyn in A Handful Of Keys – directed by Ian von Memerty and enjoyed a massive success. The show received a breath of fresh air with the new partnership and it toured nationally three times over. In the same year, he played Gaston in Pieter Toerien and Hazel Feldman’s production of Disney’s Beauty And The Beast. He was then cast as the narrating silver tabby Munkustrap in Pieter Toerien’s revival of CATS. He still has nightmares about the lycra.

Later that year, he went solo with his first one-man show, In Black & White, at The Rhumbelow Theatre in Durban to critical acclaim before returning to Grease – this time as Danny Zuko in Pieter Toerien and David Ian’s smash hit production which toured to Cape Town, Johannesburg, New Zealand and Hong Kong. Before commencing the international leg of the tour, Jonathan teamed up with Alan Swerdlow to write Hats Off! – a revue based on the songs of Flanders & Swann, which he performed with Louis Zurnamer. It was a very g’nice time for all involved.

In what was a challenging shift, he played the role of Judas Iscariot in Pieter Toerien’s production of Jesus Christ Superstar. Then came his big break – Pieter Toerien and The Really Useful Group’s record-breaking return production of Andrew Lloyd-Webber’s The Phantom Of The Opera. Jonathan played the Phantom himself and was catapulted into a new phase of his career. He then toured with the production to the Manila making history as the youngest English-speaking Phantom yet and winning the International Broadway World Award for his performance.

He then returned to revue with his one-man Gilbert & Sullivan show, Topsy Turvy in Johannesburg and Cape Town, having premiered it in Durban originally at the Rhumbelow Theatre, enjoying both great response from audiences. Then came a turn as Noël Coward in Sheridan Morley’sNoël & Gertie. His last turn in a musical was as Joe Gillis in Pieter Toerien’s 25th Anniversary production of Sunset Boulevard. That year, Jonathan finally completed his debut album, Stage By Stage, and went on a small tour with the subsequent show. Then came his greatest professional challenge, playing Liberace in Call Me Lee, which he designed, produced and co-wrote with Ian von Memerty and it was a surprise hit! He has just completed his second Musical Theatre album, From The Footlights.

Jonathan was last seen in his first ever play as Bertie Wooster in Pieter Toerien and KickstArt’s productionJeeves & Wooster in Perfect Nonsense. He has just completed his sellout tour of Stage By Stage to rapturous reception from audiences all over South Africa. His next role in a musical will be as Tony in The Fugard Theatre’s production of West Side Story in Cape Town later this year.

The flagship property of gaming, hotel and leisure giant Tsogo Sun, Montecasino – South Africa’s premier entertainment destination – is ideally located in the heart of Fourways in Johannesburg. An award-winning ‘world at play’ where local and international pleasure-seekers and business travellers will find every possible entertainment and hospitality option, Montecasino boasts a broad range of unique and versatile, five-star corporate hospitality, conferencing and events venues and facilities, various entertainment options for all ages, a glittering casino, numerous retail shopping experiences, three distinctly different luxury Tsogo Sun hotels – including the palatial Palazzo, the fun and trendy SunSquare at Montecasino and the contemporary Venetian-style Southern Sun Montecasino – three theatres, including the award-winning Teatro at Montecasino, an outdoor Piazza and entertainment area, a wide variety of stylish restaurants, bars and supper clubs, numerous children’s entertainment options and luxury office park, all perfectly packaged to offer the very best in sophisticated entertainment options that deliver a unique and memorable experience.