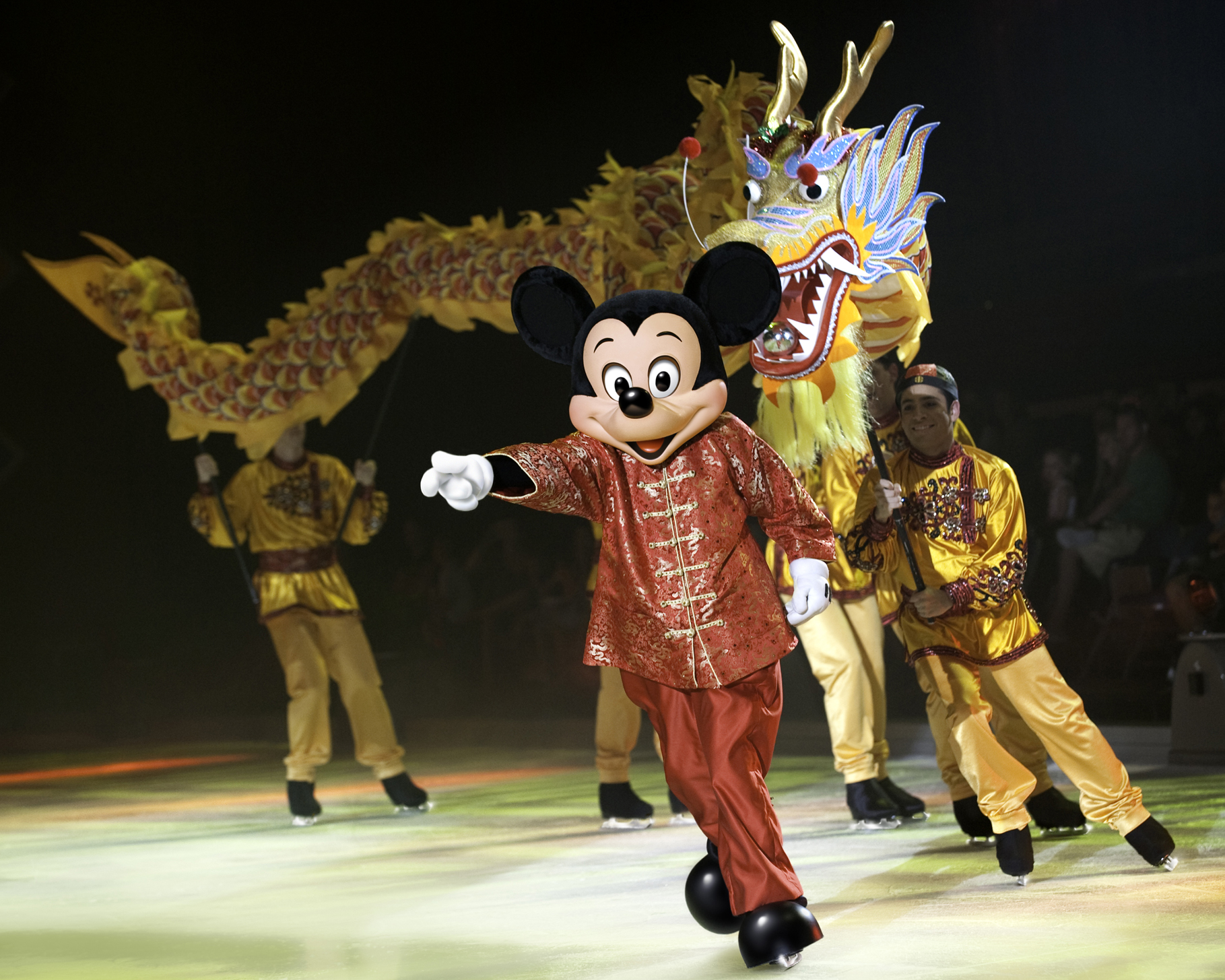 Showtime Management and Feld Entertainment are delighted to announce new fantastic family value packages for Disney On Ice presents “Let’s Celebrate”. This spectacular ice show, which features more than 50 classic and contemporary Disney characters in a captivating compilation of favorite holidays and celebrations from around the globe, will arrive at The Dome, Johannesburg from Friday, 26 June 2015 to Sunday, 05 July 2015 and at GrandWest, Cape Town from 8th to 12th July 2015.

New seating is being installed at The Dome, especially for Disney on Ice presents Let’s Celebrate so that Disney On Ice fans of all ages have a clear view of the ice and the Disney characters including Mickey Mouse, Alice and the Mad Hatter, Lilo and Stitch, the Disney Villains and the Disney Princesses in a captivating compilation of popular holidays and celebrations from around the globe. All the floor seats have been removed and the new configuration is made up of raked seating only to make Disney On Ice presents Let’s Celebrate a wonderful experience for the whole family.

Showtime Management and Feld Entertainment invite audiences to enjoy an extraordinary family winter school holiday outing at its new ice extravaganza, Disney On Ice presents Let’s Celebrate! Come and see over 50 beloved Disney characters including Mickey Mouse, Alice and the Mad Hatter, Lilo and Stitch and many of the Disney Villains and Disney Princesses in a captivating compilation of popular holidays and celebrations from around the globe. Whilst this is a heart-warming experience, you may want to bring a blanket to keep the chill away. Kiddies are allowed to bring small cushions to place on the seat. We regret, car seats are not permitted in the auditorium. Patrons are asked to please note that owing to safety regulations each person, irrespective of age must have a purchased ticket.

From tiny tots to tweens and teens, from moms and dads to grandparents and extended family members, Disney On Ice is an enchanting experience that brings warmth these winter school holidays. Book now at Computicket by calling 0861 915 8000, visit www.computicket.com or your nearest Computicket service centre. To discover more about Disney On Ice, log on to www.disneyonice.co.za or visit us on Facebook and YouTube.

Enchanting, magical, dazzling, delightful, glittering…Join these timeless Princesses this winter as they celebrate with #DisneyOnIceTickets on sale via Computicket – http://ht.ly/I550D

Feld Entertainment is the worldwide leader in producing and presenting live touring family entertainment experiences that lift the human spirit and create indelible memories, with 30 million people in attendance at its shows each year. Feld Entertainment’s productions have appeared in more than 75 countries and on six continents to date and include Ringling Bros. and Barnum & Bailey®, Monster Jam®, Monster Energy Supercross, Nuclear Cowboyz®, AMSOIL Arenacross, Disney On Ice, Disney Live! and Marvel Universe LIVE! More information about Feld Entertainment is available online at www.FeldEntertainment.com.

About The Walt Disney Company in Africa

TWDC has been active, primarily in South Africa, for over 50 years. TWDC has three channels on the Multichoice DStv platform which operates across the continent: Disney Channel, Disney Junior and Disney XD. TWDC is the leading provider of children’s TV channels in Africa. Disney is one of the top distributors of US programming in the region, and brings network series, movies and Disney-branded kids and family content to TV viewers. These include top rating US network series such as Grey’s Anatomy and Revenge and Marvel’s Agents of S.H.I.E.L.D.

Disney’s film distribution arm is a leader for family movies in cinemas and on DVD and Blu Ray. Avengers: Age of Ultron will release in cinemas in May, and is positioned to be Marvel’s biggest film to date locally – The first Avengers film, had such an effect on the Marvel Brand that subsequent theatrical releases Iron Man 3, Captain America: The Winter Soldier and Thor: The Dark World grew their combined box offices by 75% above their predecessors. Recent animated features included Planes: Fire & Rescue, Tinker Bell and the Legend of the Neverbeast and Big Hero 6. The frenzy around Frozen, the biggest animated film of all time worldwide, continues with the release of a 9-minute short, Frozen Fever, which will play in front of the release of live-action film Cinderella in April. In 2014, audiences also welcomed the return of the Disney Classics Sleeping Beauty, The Lion King, Snow White and Beauty and the Beast to DVD and Blu Ray.

Feld Entertainment’s Disney On Ice returned to South Africa in 2014 with 100 Years of Magic this July in Johannesburg and Cape Town. When it debuted in 2012 with Worlds of Fantasy, Disney on Ice sold out the Coca-Cola Dome in 2012 (Africa’s largest indoor arena) eight times in one weekend, an achievement never-before witnessed.