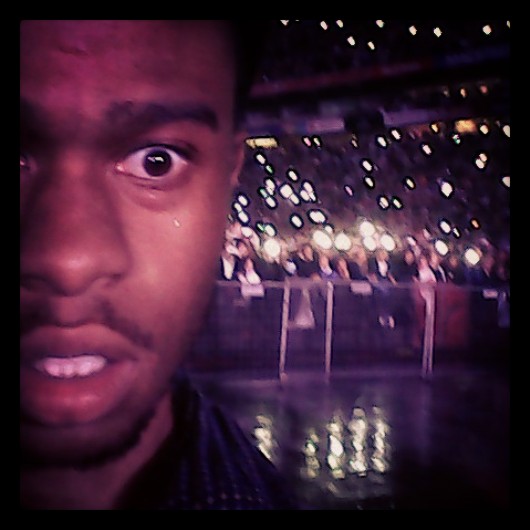 First, I have to thank Dale Kopping from DK Expressions for granting me a ticket to attend such an event.

Without these guys, I wouldn’t have gone there.

“It’s going to be so sad when all this ends” – Yule Dlamini.
That’s how amazing Eminem’s performance was.

The stage was huge, the speakers were massive, the screens allowed you to see the event from anywhere on the stadium. The turnout was amazing, 60 000 amazing people turned up.

DJ PH played a very good set, cementing his place in the Hip Hop scene. Mac G’s set was okay but wasn’t appropriate for the crowd, he lost them from time to time. The stage was so big that you could barely see the DJs.

Jack Parrow, as usual, cursed all of his haters, drank on stage and performed his heart out. Really great artist and performer.

Between 8pm and 9pm, we waited for stage to be ready. The flame throwers to be setup, additional screens to be activated, lights to be turned on, fire crackers to be setup, band and DJ to setup and also the projector to be switched on. The crowd waited, uninformed of all of this, just stood there waiting.

When 9pm struck, Eminem jumped on stage and the wait was all worth it. Everything was thought for and really made me appreciate the performance. Eminem’s tour has been planned and careful preparation went into it. Additional footage was streamed as each song was performed. 27 songs performed plus an additional song he was featured on.

The only concerns were all this kids around me and also a number of them were drinking. Another concern was the echo from the badly placed speakers that kept bouncing back, which was unbearable because the sound wasn’t good when it came to Eminem’s vocals but awesome when it came to the drums, backing vocals and bass guitars. I often wonder about the sound check.

Fire crackers were set off at the end of it all.

5 thoughts on “Slim Shady stands up”