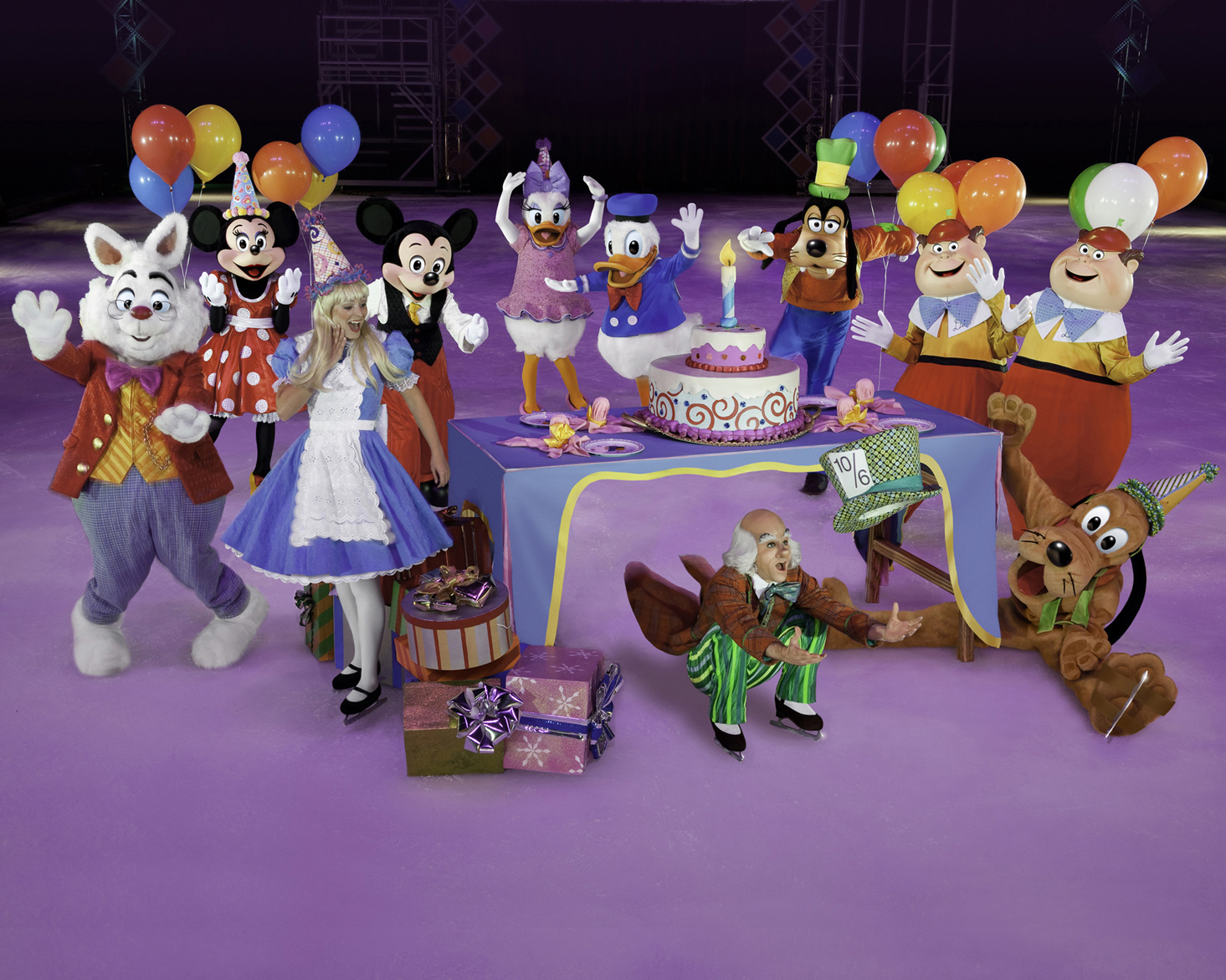 All-New Production Showcases A Magical Medley of Holidays and Celebrations
With More Than 50 popular Disney characters!

Put on your scarves, gloves and boots and head for The Dome in Johannesburg and GrandWest Arena, Cape Town these winter school holidays where more than 50 classic and contemporary Disney characters will be waiting to warmly welcome guests of all ages to Disney On Ice presents Let’s Celebrate!

The show opens next Friday, 26 June 2015 at the Coca-Cola Dome, Johannesburg and runs until Sunday, 05 July 2015. New seating at this venue ensures that every guest has a clear vision of the ice. The production then moves to the GrandWest Arena, Cape Town for 10 shows from Wednesday, 8 July 2015 to Sunday, 12 July 2015. Tickets are on sale at Computicket.

This new ice extravaganza is a captivating compilation of favorite holidays and celebrations from around the globe. Mickey Mouse and many of his Disney friends invite the audience join them as they travel on a delightful tour of festivities jam-packed with fun surprises, spectacular skating and vibrant costumes.

Drawing upon their own holiday experiences for research, the production’s creative team was able to envision a show with an abundance of colors, warmth and spirit to evoke the pleasant memories of the holidays for the audience. “At the beginning of the show we invite everyone to ‘Be Our Guest,’ and we want the audience to feel like they are participating in the show, not that they are merely watching it” says Director Patty Vincent. “The audience gets to be a part of what we experience on the ice—they’ll feel like they went trick or treating with Mickey and spent Valentine’s Day with the Disney Princesses.”

“Let’s Celebrate! is all about experiencing the holidays through the eyes of the Disney characters. We have a variety of celebrations from all over the world” adds Vincent. “With Mickey’s Digital Global Destinator, we are able to travel to far-off places like China for the Chinese New Year and to Brazil for Carnival.”

As Mickey and his friends travel through each special time of year, Scenic Designer Robert Little sets the ice with iconic props that embody the essence of each celebration. An illuminated cherry blossom tree depicts the beauty of the Japanese Cherry Blossom festival, Sakura; a tree-like structure wrapped in gleaming white lights descends from the ceiling as snowfall blankets the scene of a Winter Wonderland; and an elegant canopy of shimmery fuchsia chiffon drapes the ice for a Valentine’s Day Royal Ball. The atmosphere of each celebration is enhanced through the help of a large video projection screen that displays vivid images created by Video Designer Ilja Nowodworski. From silky kimonos made of lavender and pink florals for Japanese Sakura to citrus-colored feather headpieces for Brazil’s Carnival to iridescent whites and silvers adorned with snowflake appliqués and rhinestones for the Winter Wonderland scene, Costume Designer Vanessa Leuck designed costumes from across the spectrum.

From twisting and fire-twirling Hawaiian luau dancers to the zombie-like movements of the ghoulish groupies in the Halloween segment, choreographer Cindy Stuart adds high-energy and a unique style to each performance number. In the Valentine’s Day segment, seven extraordinary pairs of Disney Princesses and Princes skate to contemporary remixes of classic songs from each princess story and then come together for “That’s How You Know” from Walt Disney Pictures Enchanted.

With a contemporary flair and eclectic mixture of creative elements, Disney On Ice presents Let’s Celebrate! is an incredible party that will inspire families to celebrate year round. Patrons are asked to please note that owing to safety regulations each person, irrespective of age must have a purchased ticket. Book now at Computicket by calling 0861 915 8000, visit www.computicket.com or your nearest Computicket service centre. To discover more about Disney On Ice, log on to www.disneyonice.co.za or visit us on Facebook and YouTube. ENDS

Johannesburg, an unforgettable experience is up for grabs! #DisneyOnIce

Very Important: Every person, irrespective of age, must have a purchased ticket.

Important Information: No Babies in arms without a purchased ticket.

TWDC has been active, primarily in South Africa, for over 50 years. TWDC has three channels on the Multichoice DStv platform which operates across the continent: Disney Channel, Disney Junior and Disney XD. TWDC is the leading provider of children’s TV channels in Africa. Disney is one of the top distributors of US programming in the region, and brings network series, movies and Disney-branded kids and family content to TV viewers. These include top rating US network series such as Grey’s Anatomy and Revenge and Marvel’s Agents of S.H.I.E.L.D.

Disney’s film distribution arm is a leader for family movies in cinemas and on DVD and Blu Ray. Avengers: Age of Ultron will release in cinemas in May, and is positioned to be Marvel’s biggest film to date locally – The first Avengers film, had such an effect on the Marvel Brand that subsequent theatrical releases Iron Man 3, Captain America: The Winter Soldier and Thor: The Dark World grew their combined box offices by 75% above their predecessors. Recent animated features included Planes: Fire & Rescue, Tinker Bell and the Legend of the Neverbeast and Big Hero 6. The frenzy around Frozen, the biggest animated film of all time worldwide, continues with the release of a 9-minute short, Frozen Fever, which will play in front of the release of live-action film Cinderella in April. In 2014, audiences also welcomed the return of the Disney Classics Sleeping Beauty, The Lion King, Snow White and Beauty and the Beast to DVD and Blu Ray.

Feld Entertainment’s Disney On Ice returned to South Africa in 2014 with 100 Years of Magic this July in Johannesburg and Cape Town. When it debuted in 2012 with Worlds of Fantasy, Disney on Ice sold out the Coca-Cola Dome in 2012 (Africa’s largest indoor arena) eight times in one weekend, an achievement never-before witnessed.