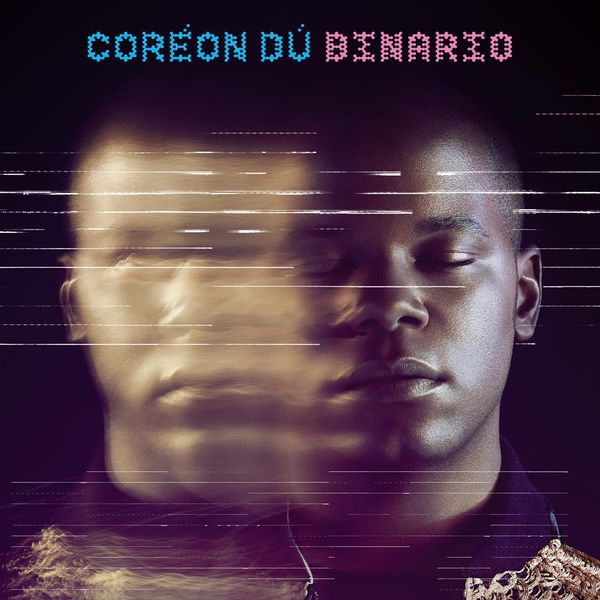 Coréon Dú, an enigmatic multi-media artist, known for generating groundbreaking pop-culture phenomena in his native Angola and in the Latin world has launched his new album, Binario, in South Africa.

When released internationally, Binario generated two singles that reached the top 30 in the American Billboard Tropical chart, “Amor Robotico” and “Bailando Kizomba”, earning Coréon a newfound and growing fan base in the US Latin community, Mexico, France, Spain and Portugal.

Indeed, the 12 tracks within Binario showcase Coréon ́s continuous quest to create new sounds inspired by the rhythms of his mother land and his upbringing around Latin, American and European contemporary music.

As such, on Binario, Semba and Kizomba sounds from Angola were fused with elements of Caribbean Merengue & Bachata, Country, Dance and R&B in boundary-pushing Latin Pop flavored songs written by Coréon Dú in collaboration with Andrés Levin and others, including the world-renowned Brazilian producer-writer, Carlinhos Brown, Latin Grammy-winning writters such as Claudia Brant, Fernando Osorio and Grammy winning writter Lady V .

The first single Bailando Kizomba marked Coréon Dú ́s first official release in North America, reaching the Top 30 and peaking at #14 in the Billboard Tropical chart in the U.S. while Europe has also been catching the Bailando Kizomba fever with the song becoming widely popular in Spain, France, and Portugal (amassing over 800 000 You tube views world-wide in the process).

The provocative video for Amor Robotico has also been generating buzz due to it ́s visuals that mix humor and sensuality along with cameos by Victoria ́s Secret “Angel” Maria Borges, top models Mauza Antonio, Alecia Morais, and Glen Abrantes, as well Miss Universe 2011 Leila Lopes.

Binario is Coréon Dú’s third album, and the first to be launched in South Africa, following The Coréon Experiment in 2010 and The WeDú Experiment in 2013 from which a remix collaboration with Berlin DJ Daniel Haaksman on the song Lemba earned kudos and the support of electronic music heavy hitters such as French electronic DJ/producer, Laurent Garnier and US DJ-producer Diplo.

Binario, meanwhile, was written and recorded between New York, Rio de Janeiro, Miami, Los Angeles , Havana, and Austin and has placed Coréon Dú at the cusp of Africa’s music renaissance – combining a modernistic mentality with his country’s

traditions, in turn fusing the sounds of Africa with that of the Caribbean, Jazz and House to create something that is an inspirational quest for a new, seamless sound.

Though this US-raised Angolan artist, has recently become known for his music career, Coréon Dú is also being feted for his critically acclaimed work as a creative director, writer and producer for film and television on his own telenovela, “Windeck”, and for his WeDú by Coréon Dú fashion line which caters to those who value bold, creative expression and cosmopolitan comfort.