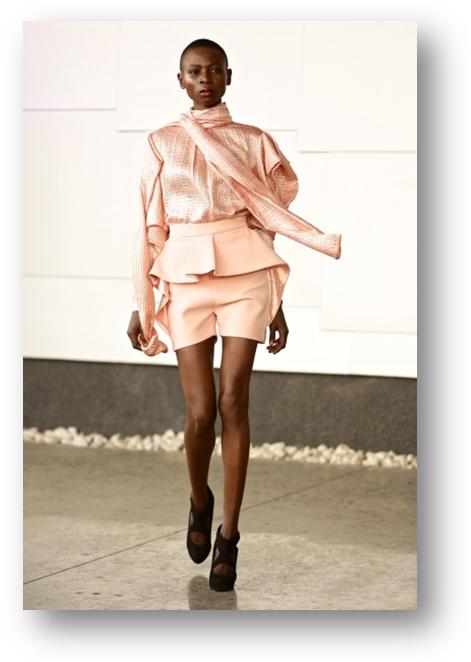 Two of South Africa’s most illustrious designers – David Tlale and Gavin Rajah – will showcase their latest collections at the premier sartorial event of the year, Mercedes-Benz Fashion Week Joburg, which will run at Melrose Arch, Johannesburg, from March 5-7.

David Tlale, internationally hailed for his peerless showmanship and daring-yet-elegant designs, will present his anticipated latest collection at MBFWJ on the 7th. This show follows hot on the heels of his stellar showcase at New York Fashion Week, which set the international press ablaze with praise for this South African design heavyweight.

Couturier to the stars, Gavin Rajah, will dazzle the rampside crowds on the 6th, with his elegant new collection, inspired by the iconic, free-spirited joie de vivre of the 1970’s. The collection promises to astound with Rajah’s legendary attention to detail, and unparalleled genius in exquisitely tailored silhouettes.

“MBFWJ is one of the defining events in South African fashion – and the line-up could not be complete without these two star designers. They always bring glamour, scintillation and elegance to the runway, and we are thrilled to announce that guests to MBFWJ 2015 will witness the latest collections from these two visionaries” says African Fashion International (AFI) spokesman, Sizwe Nzimande.

Both Tlale and Rajah are not only iconic examples of the talent within South Africa’s fashion industry, but both are a beacon of the success that local designers can achieve internationally, having shown their collections at, amongst others, New York, Paris and London fashion weeks.

“Their success endorses the new African narrative, which is a shift from the negative perceptions of the continent to an appreciation of its talent, creativity and entrepreneurship, which is especially notable in the fashion industry” adds Sizwe Nzimande.

As an exciting, fresh addition to this year’s lineup, AFI also welcomes the multi-talented designer Nhlanhla Nciza back to the ramp. Lead vocalist for globally-popular music group Mafikizolo, Nhlanhla will return to her fashion roots as she debuts with her collection, NN Vintage, which proves that her musical talent translates flawlessly into design, which has always been a key passion in her life.

Also taking the ramp will be AFI Next Generation designers Jess Sutherland of L.A.N.D., Eleni Labrou of Akedo and Rich Mnisi of Oath.

There is truly no shortage of astounding talent to be witnessed at Mercedes-Benz Fashion Week Joburg 2015, the event that sets the tone for South Africa’s annual fashion calendar, and reveals the looks which will define style in the Autumn/ Winter season.

About AFI
African Fashion International (AFI) presents African fashion and creative talent in a manner that makes fashion from the continent globally relevant and ensures that the world has market access to African product and design. Through the organisation’s promotion, curation and support services, AFI ensures that the international community responds positively and commercially to African-designed products that are readily available, unique and on-trend.