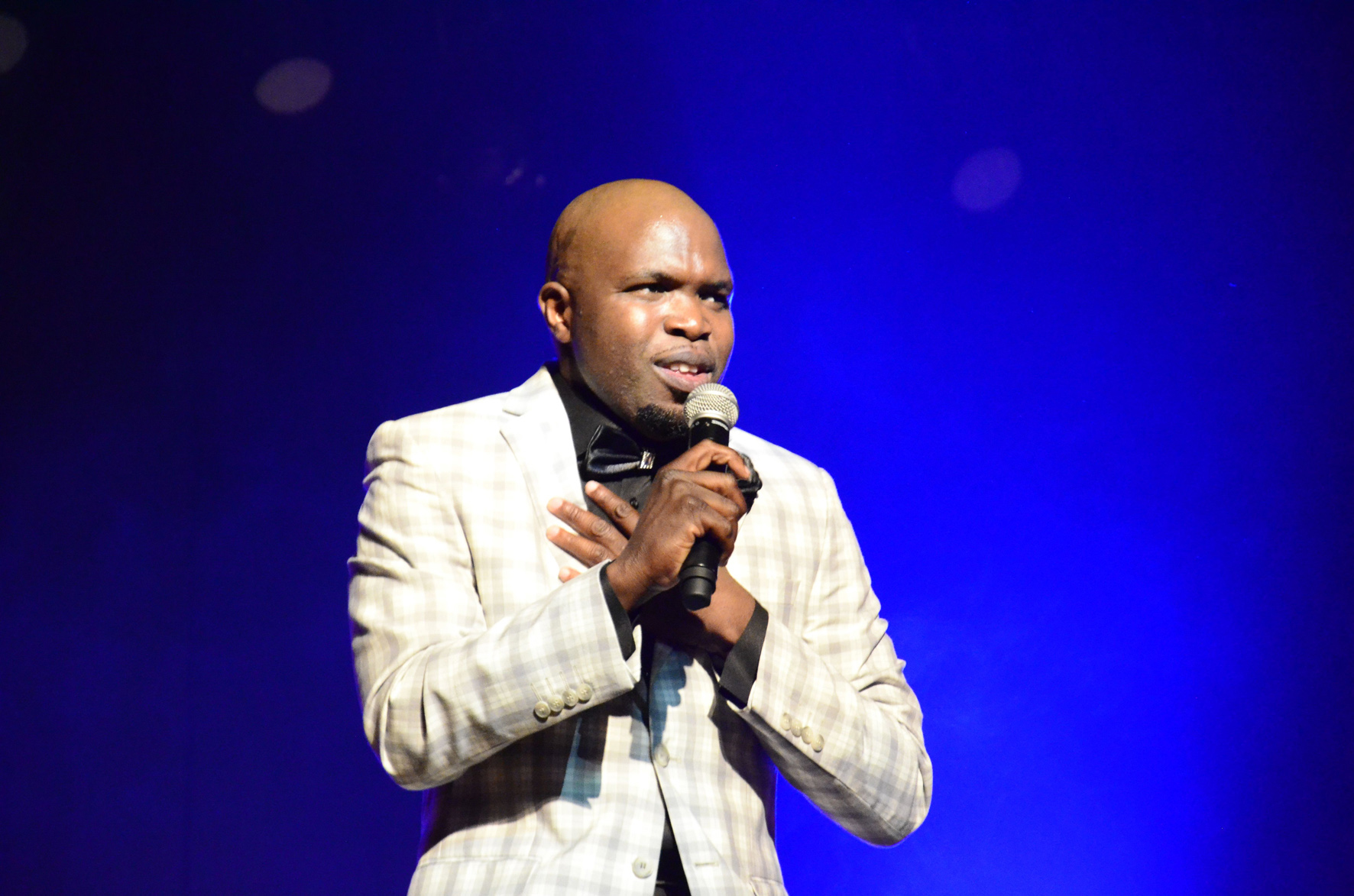 ‘Merciful God’ is the name of the debut album recently released by Colbert “Colby” Sivhada, a multi-talented Gospel singer, songwriter and businessman who is breaking into the local music industry. Just three months after completion, this album earned Colby an award in the Best Jazz Gospel category at the Crown Gospel Awards held in November 2014. “I am honoured and very grateful for being recognised by the Crown Gospel Awards” says Colby, “Especially as ‘Merciful God’ is my first album.” A remarkable feat for someone who has never had singing lessons or vocal training. This year, for the first time, Colby will be entering ‘Merciful God” in the Mzansi Gospel Awards.

Colby is grateful to the Almighty for showing mercy on him not once, but twice in just over a year, when he escaped two major accidents, hence the album name, ‘Merciful God’. The first track, “Thoma Nga Nne, a traditional rendition but with a slight revamp is available for listening at http://colbymusic.co.za/albums/. The song, which is written in the style of a prayer, says, ‘Start with me Lord’ (Thoma Nga Nne Murena) so I can change (Ndi Shanduke), save me (Ndi Tshidzwe), so I can live (Ndi Tshile). “I hope that this song inspires people to ask God to help them so that they can leave their bad ways and become a better, more caring and respectable person.” adds Colby.

Colby composed the tracks “Vha Murena”, “Vho Faneliwa” and he wrote the lyrics for “Oh How I Love Jesus”. The album features several traditional numbers including “Kha Yha Rendwe”, “Oa Halalela” and “Anybody here”. The album, produced and arranged by Donald ‘HOD’ Phallane, features 11 tracks, is a combination of traditional gospel and Christian contemporary gospel with a soulful under tone. ‘Merciful God’ available for purchase online at www.colbymusic.co.za or via iTunes.

“The album has a contemporary feel with a touch of jazz” says Colby. “Although the album can be regarded as ‘gospel’, the sometimes upbeat tempo and lyrics make for easy listening and I am confident that people from all walks of life will enjoy both the gospel and traditional numbers.” Colby enjoys jazz, classical and reggae music. He says gospel is God’s message and he uses different styles of music to help spread the word. He gets his inspiration from local artists such as Jonathan Butler, Patrick Duncan, Maduvha, Colbert Mukwevho, Nqubeko Mbatha and his wife, Ntokozo and international artists Fred Hammond, Marvin Sapp and Jason Nelson.

After struggling for many years by singing in churches, at restaurants, weddings and functions there was still no record deal in sight. Colby put his music career on hold and joined Murangi Productions, as a shareholder, a company providing sound and staging for concerts and events. After the company became successful, Colby had the necessary resources to devote time and energy to his passion and dream of making his own music. ‘Merciful God’ is the result of his efforts.

Venda-born Colby began his musical career at the young age of ten years when he became one of the lead singers in a local church. Colby began singing regularly at church services, weddings and events where he became recognised as a gifted young singer. Colby moved to Johannesburg where he studied Electrical Engineering. After completing his studies Colby worked at a sound company.

Now living north of Johannesburg, in between his singing career and running Murgani Productions, Colby takes time to learn to play the keyboards and guitar. This talented singer and enthusiastic soccer fanatic is someone to watch as he makes his mark on the local music scene with his first album, ‘Merciful God’.

Colbert ‘Colby’ Thilivhali Sivhada was born and raised in the village of Phadzima, Venda. From a young age, “Colby” as he is fondly known, was exposed to gospel music and by the age of 10 years he was one of the lead singers in a local church. As a teenager, Colby continued to sing regularly at church services and events, building a reputation amongst his church peers as a gifted young singer. An avid teenage soccer player, Colby was a versatile player who could play many positions.

After completing Matric, Colby moved to Johannesburg to study Electrical Engineering. Colby became involved with various churches playing a central role in building their praise teams. Thereafter Colby began engaging with professional artists and he was fortunate to work regularly as a backing vocalist. In 2001 he joined a male gospel group called “Free” which toured South Africa performing at church services, weddings and concerts. The group also sang at many events and even went on to record an album. After three years the group disbanded and Colby then furthered his involvement in the music business by learning the off-stage aspects industry, working behind the scenes, staging events and concerts.

Hello Family, we hope you having a fabulous day. this are some more Picture taken on the "THOMA NGA NNE MURENA" music…

After completing his studies Colby worked at a sound company. After struggling for many years while making music by singing in church, at restaurants and weddings and still no record deal in sight, Colby put his music career on hold and joined Murangi Productions as one of the shareholders. Murangi Productions is a company hiring sound and staging for concerts and events.

After the company became successful, Colby had the necessary resources to devote time and energy to his passion and dream of making his own music. ‘Merciful God’ his first album, is the result of his efforts. The album features 11 tracks playing a combination of traditional gospel to Christian contemporary gospel with a soulful under tone. ‘Merciful God’ was entered in the SABC Crown Gospel Awards held in November 2014. It received a nomination in the Best Gospel Jazz category and went on to win the award.

Colby is a highly talented gospel and jazz vocalist who is highly experienced in musical arrangement and the staging of live shows. His knowledge of gospel musical performance is vast. Colby is a devout Christian, who is also a dedicated father and entrepreneur. www.colbymusic.co.za