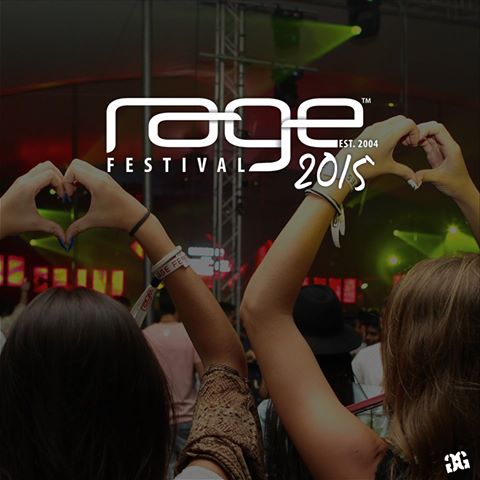 Be ready to hit up www.ragefestival.co.za from 14h00 on Monday 9 February 2015 – this is when Rage Festival officially goes online for 2015! In response to massive demand from matrics and students alike, Rage Festival has released its limited, one-time-only, never-to-be-repeated, won’t-happen-again, this-is-your-only-chance (you get the idea, right?) Early Bird Passports exclusively through pre-registration.

Matrics already itching to celebrate the end of school and the start of freedom will be able to pre-register online at Rage Festival’s website. All pre-registered peeps will have only one day – that’s 23 hours, 56 minutes and 4.1 seconds – to claim your Early Bird Passports. Remember: these are limited so it’s fastest first.

If 2014 is any indication, pre-registration will sell out within hours as eager matric students jostle for their claim to the limited Early Bird Passports. These are the cheapest any Rager will pay for a 2015 Passport. As the festival draws nearer, Passports become prized commodities: last year some Passport types, like Black and Platinum, sold out months ahead of time.

It’s rare that a South African festival can generate such overwhelming demand nine months ahead of its start. This speaks to Rage Festival’s phenomenal success and again affirms its position as South Africa’s leading youth festival – and the main reason G&G Productions, the owners of Rage Festival, open Passport sales so early.

Last year, Rage Festival celebrated its 10-year anniversary with record milestones, including:
• An almost 10% increase in Passport sales and attendance (vs 2013)
• Contributing over R85-million towards the greater Durban economy;
• Its biggest international line-up ever of 17 DJ’s from around the world, headlined by Nervo;
• As many as 30 local DJ’s and artists;
• A new, bigger venue with improved infrastructure, sound, lighting and security;
• A more extensive transport network;
• Upgraded Passport and RFID technology.

G&G Productions’ vibe is always to improve year on year, and along with an epic DJ lineup and party schedule, they will be announcing some awesome additions to #Rage2015 soon. Stay connected to #Rage2015 on Instagram, Twitter and Facebook to be the first to know.

Pre-register NOW for your Rage Festival 2015 Early Bird Passports Here! These are Very Limited and on a first come, first served basis. One day only.

Passport tiers and pricing can be found online at www.ragefestival.co.za.

Rage Village options will be offered in both Umhlanga and Ballito with bookings opening in the next couple of weeks. Ragers can make sure they are the first in line to receive information by emailing bookings@gandgpro.com.

Passports are not for sale to persons under the age of 18. Attendees need to be 18 at the start of Rage 2015 to be granted access to the festival and venues.
#Rage2015

1 thought on “SA’s Biggest Youth Music And Lifestyle Festival Is Back!”