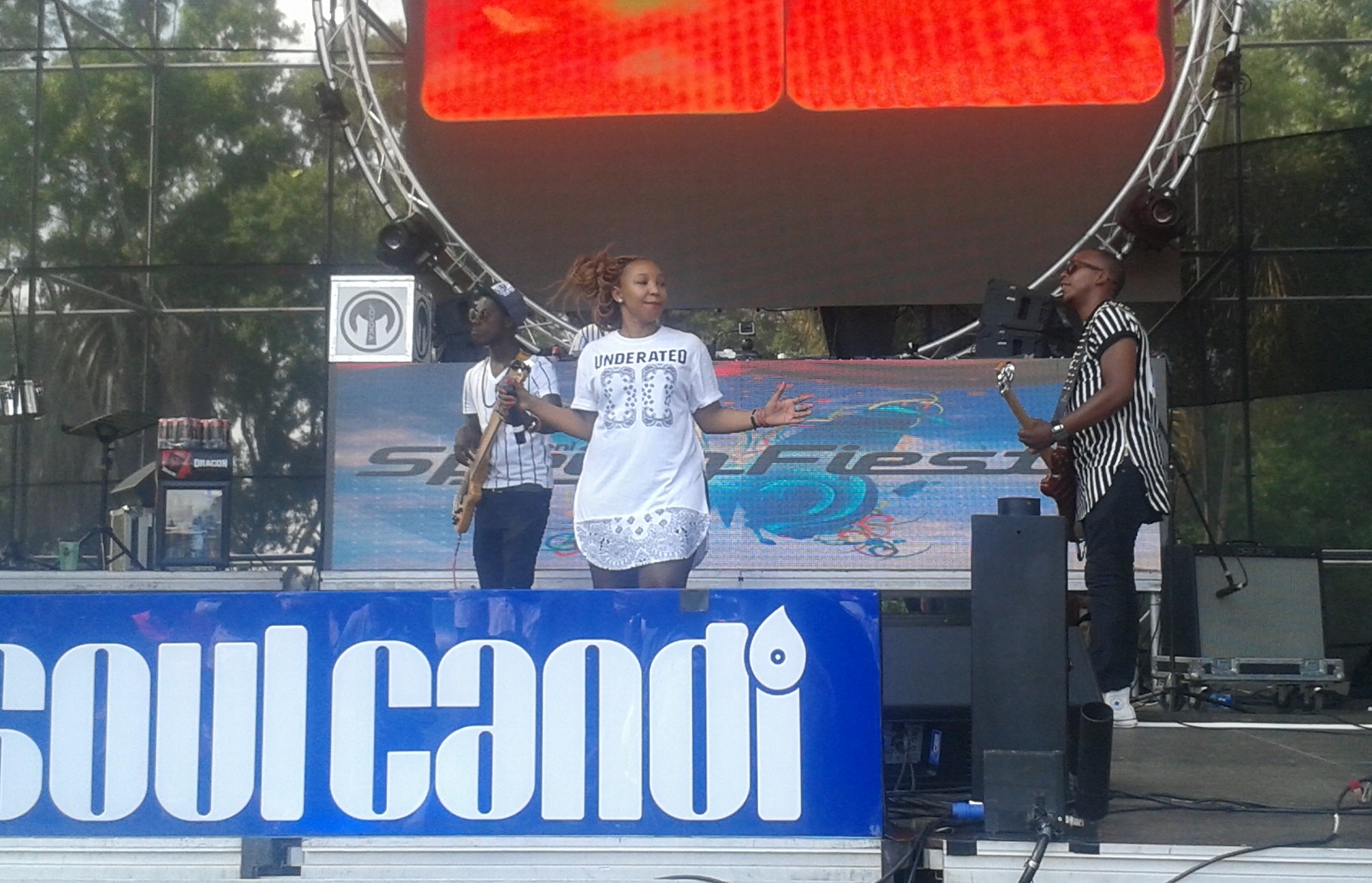 Spring Fiesta 2014, what an event. Now I couldn’t cover everything that took place, there was too much. I mean, different stages all playing different types sounds and to add onto that, they were all “killing it” (“it” – being the dance floor)

So, I will touch on here and there and cool features that were available.

Facebook location sign in:
This was pretty awesome, we were giving tags and signed into our Facebook accounts. Our tags were linked to our accounts and depending on where you were at the event, you could swipe your hand across a board and it would post to Facebook directly informing people on your Facebook of your current location. A way to create FOMO for people who weren’t there and I found it useful for friends to find you during the event.

Castle Lite Extra Cold truck:
If ever there was a cooler idea, I would tell you of it, so far that truck gets 2 thumbs up. Not my first experience with it but the idea of making people perform the dance known as “twerking” to be rewarded with a really cold Castle Lite is cool. I mean really cold, you actually have to warm it up before opening it – yes, that’s how cold it is.

MWeb Free Wi-Fi:
Can I get an Amen?
See, the organisers knew that Spring Fiesta gets so congested that there is no cellphone coverage, meaning no internet – no Twitter, Instagram or Facebook. Even no Whatsapp to find your friends. So they teamed up with MWeb and we could all sign-in to the WiFi, for an unlimited period. I did that, the internet was so good and strong, there were times I wondered if I was the only one signed in.

VIP & VVIP:
I have to touch on this, people have been complaining about it. Wondering why it was so packed and where the free drinks were, like last year. I wonder if they knew they were going to Spring Fiesta, I ask this because those people called it “the black H2O” before the event started. Did they think everywhere would be packed but VVIP & VIP? Did the Spring Fiesta info pack state – “this year, VVIP & VIP ticket holders will be treated like Kings & Queens?” Since last year, I’ve noticed that those sections fill up so much that you enjoy being in General Admin more. VIP is a myth to draw crowds because for 1, you are so far from the stage, you don’t enjoy the event as much as someone in General Admin. I avoided these sections as much as possible, I could be spotted on some occasions there but I was just passing by.

Emergency Services:
This was visible throughout the evening. Medical services and Police were on standby and also circulating. Even though the police disappeared after sometime, the bouncer were also there and didn’t play around. I even saw people being kicked out (Good Job!).

The various stages:
Yes, what you have been waiting for. You know what, nobody was a let-down. DJs, Artists, Musicians and whoever was on stage understood what they were doing there. They respected the audience and put on 1 hell of a show.
We Live Hip Hop was very responsive. They interacted beautifully with the audience and the audience showed love to them. It filled quickly up and the turnout was amazing, showing that Hip-Hop in South Africa is here to stay.
African Storm kept it real and raw. Nothing cheesy was played here. Despite it feeling like it was badly located because we walk through it to get to other floors.
Generation Next and Old Skool vs New Skool actually had the best locations in my opinion. These were both inside and didn’t have issues of crowds passing by. Great job by placing them there, felt like a club.
What About Soul didn’t let anyone down. It was actually the first stage to fill up, I just wish it had been bigger and somehow, a bit further from the Soul Candi live main stage because as time went on, you could hear the other stages sound. Yes, What About Soul was loud enough to hear from Soul Candi live main stage, very impressive considering its size.
Soul Candi live main stage was proper, the setup was amazing. From lighting, sound, special effects – everything was well planned. The only lacking bit were visuals. Big stage, small performer, side screens could have gone a long way in my opinion. Also the visuals behind the performer caught on late to the performances, by this I mean, there were endless loops of unrelated content before the visuals portrayed a clear message and synchronized with the acts.

The cashless system & bar:
The cashless system was a great initiative, I won’t lie about that but as time went on, one could see that it was a time waster. Limited numbers of machines and operators meant waiting a while before being able to pay. Then there was that endless line to recharge the card. Finally, towards the end of the night, people forgot their balances, ordered drinks and couldn’t pay because they couldn’t use cash, drinks were wasted. Still a great system despite forfeiting my change that was below R20. The bar was rather selfish with ice but fridges never went empty.

Audience:
Generally, most of them loved it. There was those few (VVIP and VIP) that didn’t enjoy it. Well the crowd can’t always be controlled. You can put measures in place for them but you never really know how they will behave.

Spring Fiesta almost let me down because we were made to wait 50 minutes outside with no word to why they won’t let us in. Add an extra hour to that because we were asked to arrive early. I know right, heart-breaking stuff.

Overall, Spring Fiesta is an experience worth checking out. Funny thing is, amongst 15 000 people, I still managed to bump into my friends.